SINGAPORE - A 63-year-old woman who stayed in Bedok North has died from dengue, the Ministry of Health (MOH) and the National Environment Agency (NEA) said in a joint statement on Friday (March 11).

The victim, who stayed at Bedok North Street 3, died at Changi General Hospital on Thursday (March 10).

Her condition deteriorated after she was admitted on Wednesday, the statement said.

Her home is not in an active dengue cluster, but measures to kills mosquitoes and destroy their potential breeding grounds are ongoing. 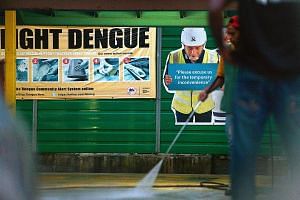 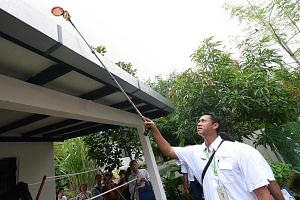 Dengue vaccine not foolproof but 'better than none'

"Residents are urged to cooperate fully and allow NEA officers to inspect their premises for mosquito breeding and to spray insecticide to kill any infective mosquitoes," the statement said.

MOH and NEA expressed their deepest condolences to the family of the woman.

This is the third dengue death to be reported this year.

Two others died of the mosquito-borne virus - a 67-year-old Singaporean man who lived in Toa Payoh, and a 47-year-old man who resided in Marsiling Rise.

Unless immediate action is taken, the number of dengue cases this year may exceed 30,000 - higher than the record in 2013 when 22,170 cases were reported.

This is due to a warmer climate, increase in the mosquito population and a change in the predominant circulating virus.

"With the threat of Zika virus, it is even more critical to reduce the mosquito population through removing the source of mosquito breeding," said MOH and NEA.