SINGAPORE - More than 20 people have lost over $1 million in yet another investment scam, this time involving an offshore betting company.

Convinced they have chanced upon a lucrative scheme, even savvy investors sometimes fall prey to such fraudulent schemes.

The Straits Times looks at investment scams in recent years and what the tell-tale signs of such scams are:

Customers of Asia Fine Diamonds were told they were buying rare coloured stones. The average cost per diamond was about $15,000.

Investors were promised 15 per cent annual returns on their investment.

Mr Mata was said to have left Singapore.

Yes, money does not grow on trees, even prized aquilaria trees which are harvested for valuable agarwood or oud oil, used in perfumes and spas. 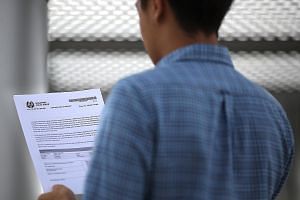 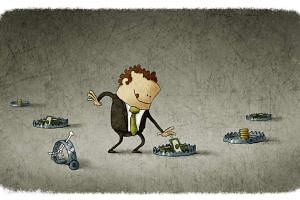 Tropical Forestry Venture (TFV) sold about 70 investors saplings and young trees from $230 per sapling. Each investor put in from $5,000 to $60,000 and were promised potential returns of three to seven times when the saplings matured in six to seven years.

To complicate the matter, investors were told that another firm, Tropical Forestry Assets Management, had taken over after TFV folded, and they were asked for cash top-ups to maintain or upgrade their trees before they could be harvested for profits.

Some paid in the hope that their investment could be recouped, but it appears that the two firms are unrelated. Complaints were filed against both firms.

There have been a few variations of gold investment schemes. From Valiant Capital and Suisse International to Genneva Gold and The Gold Guarantee, tens of thousands have lost money to firms hawking the precious metal.

In the case of Valiant Capital, at least half a dozen local investors invested a total of more than $2.5 million with the company.

The firm's land-banking scheme offered an opportunity to invest in properties in Britain.

Clients were lured with promises of 12.5 per cent returns within six months. Instead, they lost $3.1 million after part of the returns.

It had assured its investors that its products had been pre-sold to major corporations, which turned out to be a lie.

The company's directors, Britons Timothy Goldring and John Nordmann, were jailed for 15 years for cheating investors. 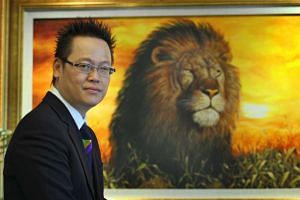 Guilty As Charged: The Sunshine Empire (2006)

He lived in a luxurious three-storey landed property in Jurong West and drove a shiny black Mercedes.

It turned out to be Singapore's biggest Ponzi scheme to date.

The authorities recovered only $21 million out of more than the nearly $190 million swindled from ordinary Singaporeans.

Here's how to spot scams:

One common thread from earlier schemes: Investors are  promised huge returns, way above what they can get from conventional investments. At the same time, the potential risks are downplayed.

That is one particularly shrill warning sign, say experts.

2. Not regulated by MAS

Is the entity regulated by the Monetary Authority of Singapore (MAS)? Those who deal with unauthorised individuals and firms forgo the protection afforded under the laws administered by the MAS, especially if they are based overseas.

The investor alert list provides a listing of unregulated persons who may have been wrongly perceived as being licensed or authorised by MAS.

Ask for brochures and documents such as sales agreements so you can review them and check the legal terms. It is also prudent to find out the jurisdictions that the companies operate in.

The company registration dates and paid up capital of the firms can be obtained from the Accounting and Corporate Regulatory Authority for a small fee.

Do not invest just based on the recommendations of relatives and friends.

5. Look beyond the surface

In many cases, the companies have luxurious premises adorned with signs of wealth, and their bosses drive expensive cars and don expensive watches.

While such displays of wealth are not signs of a scam, investors should not take them as a gauge of the company's reliability.