Construction work on the two stations in Jalan Boon Lay will start this month.

In a statement yesterday, the Land Transport Authority (LTA) said a contract for the construction of the stations near Enterprise Road and Jalan Tukang has been awarded to China Harbour (Singapore) Engineering Company for $241 million.

The company has been operating in Singapore for more than 35 years, and has completed rail projects in Macau and Thailand. It is currently involved in the construction of Siglap MRT station on the Thomson-East Coast Line.

As part of the contract, the company will design and construct the two JRL stations and their 1.5km viaduct over Jurong Central Park and Jalan Boon Lay.

Once completed as part of the JRL's third phase, the new stations will shorten travel time.

For example, with the JRL, travelling between Choa Chu Kang Avenue 3 and the Jurong industrial area near Tractor Road will take 25 minutes instead of the current 50.

The JRL, announced in 2013, is expected to improve connectivity in the western part of Singapore by serving places such as Nanyang Technological University, Jurong Innovation District and the future Tengah area.

Owing to the Covid-19 pandemic, construction on the line was delayed by about a year, and it will open in phases from 2027 to 2029. 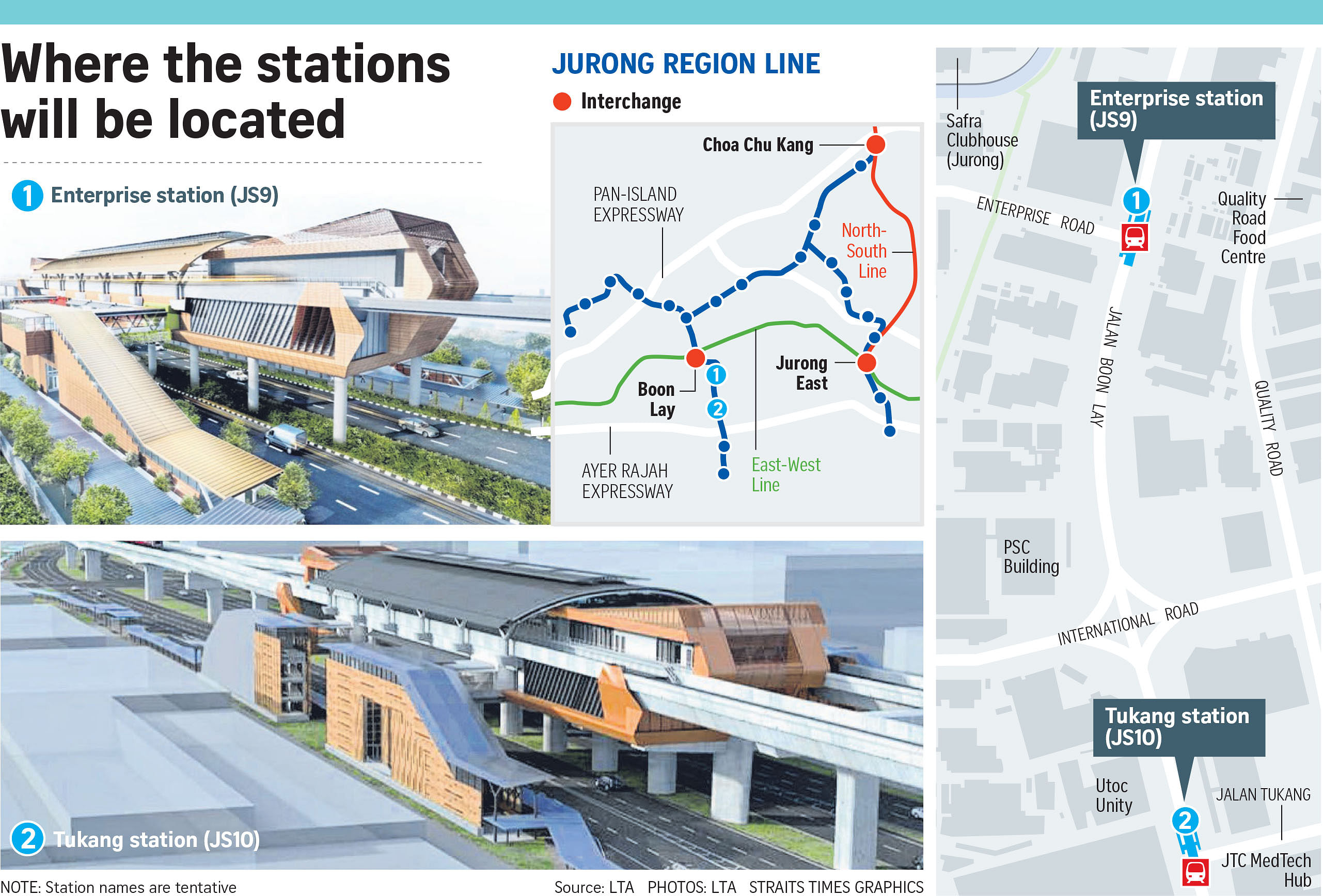 LTA said that with the stations in Choa Chu Kang, Boon Lay and the Jurong area, another 60,000 households are expected to be within a 10-minute walk of a train station.

Where the stations will be located

A version of this article appeared in the print edition of The Straits Times on May 13, 2021, with the headline '2 more stations on JRL expected to open in 8 years'. Subscribe
Topics:
More
Whatsapp Linkedin FB Messenger Telegram Reddit WeChat Pinterest Print Purchase Article Copy permalink