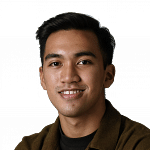 SINGAPORE - Mr Noralimin and Madam Noor Adhhawati's plans to celebrate their 10th wedding anniversary and the birthdays of two close friends was memorable - for the wrong reasons.

The four ended up spending 90 minutes preventing a lamp post from collapsing at an open carpark in Outram Road on Dec 12 last year.

They were among 13 individuals who received the Public Spiritedness Award on Tuesday (Feb 23) for preventing the lamp post from collapsing.

The four friends had dinner reservations that night at Fairytail Gastrobar at D'Hoteland had parked in the open carpark near the hotel at about 8.45pm.

They had stopped to take a photo before heading to the restaurant at a well-lit spot by a lamp post when Mr Noralimin, 38, noticed that it was unstable.

The four of them quickly held on to the lamp post after it began tilting.

"We were scared that we were not strong enough to hold the lamp post until someone could help," said Mr Noralimin, a maintenance specialist in the oil and gas industry.

About 10 minutes later, a family of five heading home arrived at the carpark and saw the situation. Two men from the family joined in holding up the lamp post, relieving Madam Adhhawati, 36, and allowing her to call the police. The police arrived shortly, at about 9pm.

Another man spotted the group supporting the lamp post and rallied others from nearby shops to help. A total of 13 people, along with the police officers who responded, took turns to hold up the lamp post, with eight to 10 people doing so at any point of time, until maintenance workers arrived with a cherry picker truck.

The maintenance workers used rope to secure the lamp post - which Mr Noralimin estimated to be 10-15m tall - to the cherry picker's boom, the extendable arm.

The 13 and the police officers were finally relieved of their undertaking at around 10.15pm after holding onto it for 1½ hours. The lamp post was subsequently replaced.

Mr Noralimin said: "We were constantly encouraging each other while holding the lamp post. It motivated us to keep going." He added that it was heartening to see strangers stepping in to help.

Assistant Commissioner of Police Gregory Tan Siew Hin, commander of Central Police Division, presented the Public Spiritedness Awards to the 13 individuals on Tuesday for their action, which prevented any injury to people or damage to property.

"The police would like to commend all recipients for their public-spirited acts that will inspire others to step forward to keep our neighbourhood safe," he said.

Although Mr Noralimin's group missed their dinner reservations - they celebrated instead with fast-food from a drive-through restaurant - he said he was thankful no one was hurt that night. He hopes his award inspires others to be kind and offer their help when needed, he added.