SINGAPORE - There was an increase in suspicious transaction reports (STR) submitted last year, according to the Commercial Affairs Department (CAD) annual report.

Last year, there were 34,129 such reports filed with the Suspicious Transaction Reporting Office (STRO) - a unit under CAD which receives, analyses and disseminates financial intelligence. This is a 12 per cent increase from the figure in 2015.

"The upward trend is an indication of the continued vigilance of reporting entities in detecting suspicious transactions and the anti-money laundering and counter-financing of terrorism awareness in Singapore," said the CAD report, which was released on Sept 29.

Last year, three people were convicted of falsification of accounts and money laundering offences in a transnational case involving the seizure of more than US$2 million (S$2.7 million).

The Suspicious Transaction Reporting Office was alerted to the case in 2010 through a suspicious transaction report on a foreign-registered company with a Singapore bank account, and detected possible round-tripping, a common tactic used for money laundering.

The Corrupt Practices Investigation Bureau (CPIB) was called in to investigate the case that involved a foreign politician who received close to US$1 million from the company involved.

The efforts of the STRO and CPIB eventually led to the prosecution and conviction of the parties involved and highlighted the important role that STR reporting entities play in the detection of money laundering and related criminal activity, noted the report.

In the CAD report, more than one-third of suspicious transaction reports came from the banking sector last year, with 14,273 reports. The sector continued to account for the main source of such reports received. However, other sectors also saw an increasing number of such reports. 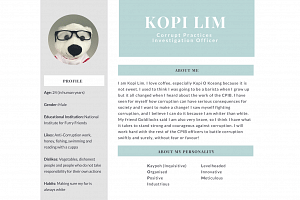 Among the number of suspicious transaction reports, 6,413 came from money changers and remittance agents, and 6,032 reports came from casinos.

In 2016, the STRO received 227 requests for assistance (RFAs) from foreign financial intelligence units, a 16 per cent increase from the previous year.

Since 2012, the STRO has been receiving an increasing number of RFAs from foreign counterparts. It has also concluded a letter of undertaking with its counterpart in Mongolia and established memoranda of understanding with Cambodia, Luxembourg, Myanmar, Nepal and Sri Lanka.

Said the deputy director of the Intelligence and Administration Group Seow Hwee Koon: "Such undertakings and arrangements allow for the exchange of financial intelligence between the STRO and its foreign counterparts, and this is pivotal in the fight against transnational crimes."

Last year, the Financial Investigation Group (FIG) of the CAD saw to the conviction of six Bangladeshi nationals for raising funds to facilitate terrorist acts, the report added. It was the first such prosecution under the Terrorism (Suppression of Financing) Act since it came into force in 2003.

Last year, close relations with the authorities in China led to the crippling of several major credit-for-sex scam syndicates based there, the report said. Also, major operations by the Chinese authorities rounded up at least 140 suspects in connection with new criminal syndicates targeting Singapore citizens.

The other success in international cooperation was with the Royal Malaysia Police concerning Internet love scams in early 2017, according to the report. The operation resulted in the investigation of suspects in Malaysia as well as money mules in Singapore.

Said deputy director of FIG Ian Wong: "We have also been working hand in hand with the Royal Malaysia Police and Europol, with an aim to disrupt and cripple counterfeit credit-card syndicates. Collaboration between the FIG and the CAD's strategic partner, the Card Security Group, has also proven to be effective in countering credit-card fraud."

On the back of Singapore's Anti-Scam Helpline, increased police engagement and prominent displays of crime advisories in convenience stores, there has been a 33 per cent decline in credit-for-sex scam cases in the past year, said the report.