SINGAPORE - Customised electricity plans have been an option for some households in Jurong for the past two months, although only a fraction of those eligible have opted to buy electricity from a retailer other than SP Services.

Regulator Energy Market Authority (EMA) declined to provide official figures, but industry estimates show that about 10 per cent of the 108,000 households have switched retailers.

Retailers describe this initial response to the soft launch of the Open Electricity Market in April as encouraging and better than expected.

Mr Vijay Sirse, founder of electricity retailer Red Dot Power, one of 14 which took part in the soft launch, said he had initially expected only about 5 per cent of eligible households in Jurong to make the switch to other retailers.

"What was especially heartening was the willingness of Singaporeans to switch - we did not expect that people would be keen to do so, so we are off to a good start," he said.

Overall, the 10 per cent estimated adoption rate seems to be a good result for the pilot project, said Mr Martin Lim, chief operating officer at Electrify. Electricity markets in other countries such as Japan and Britain recorded single-digit adoption rates in their first year, he said. Electrify did not take part in the Jurong soft launch but is monitoring the market as it has plans to offer its services when the Open Electricity Market is rolled out nationwide by the end of this year.

When that happens, all 1.4 million consumers, mainly residences, in Singapore will be able to shop for customised price plans for electricity. Consumers will no longer have to buy electricity from SP Services at the regulated tariff - the EMA-approved price charged by SP Group for supplying electricity to consumers - although this option remains open to them.

Instead, they can choose plans to suit their needs and preferences. iSwitch general manager Andrew Koscharsky said it was essential for consumers to understand the different options. "It is important to discover the smartest plan to choose for your own unique situation and lifestyle," he said.

Retailers have come up with a buffet of options for consumers. There are plans offering discounts off the regulated tariff, and plans charging a fixed price so consumers are cushioned from price fluctuations. Other plans will allow eco-conscious consumers to power their home with solar energy, or have their electricity usage offset by carbon credits. 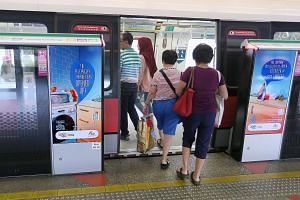 14 vendors to vie for share of Jurong electricity market

Notwithstanding the encouraging initial response, retailers say there remain two main obstacles to greater adoption: Uncertainty about the reliability of supply with another retailer, and a lack of awareness.

The EMA has ramped up outreach efforts with roadshows and advertisements, and distributed letters and booklets to households which can make the switch.

An EMA spokesman said: "Our focus is on informing consumers of their choices and assuring them that their electricity supply will remain reliable regardless of who they buy electricity from."

All electricity is distributed to households via the national power grid managed by SP Group.

The EMA spokesman also assured the public that electricity supply would not be disrupted if a participating retailer is unable to continue selling electricity.

She said: "Under the default arrangement, they are required to inform their customers the next business day about the cessation. The customers will be transferred to SP Group or they can switch to buy electricity from another retailer."

Jurong resident and housewife Tan Hooi Eng, 68, signed up for a plan with PacificLight after looking through the information booklet sent by EMA and using the calculation tools on PacificLight's website.

"We had a number of concerns... We wondered if our electricity supply would be interrupted during the switchover and if there would be any extra hidden charges," she said.

"But now we understand that we will enjoy the same reliability."

Madam Tan estimates that, with the new plan, she would be able to save more than $500 over the two-year contract period. "In the long run, it can amount to a good savings for us as it cuts down a lot on our expenses since my husband has already retired," she said.