SINGAPORE - The Workers' Party (WP) will not contest the upcoming by-election for Bukit Batok, its chairman Sylvia Lim said on Monday (March 14).

Speaking to reporters at her Meet-the-People session, she said: "The Workers' Party would like to announce that we will not be taking part in the upcoming by-election for Bukit Batok."

She cited two reasons. One, the WP has not been active in that area.

Two, the Singapore Democratic Party (SDP) has traditionally contested that area. SDP, which had contested the single member constituency in the general election last year, announced on Saturday (March 12) its intention to do so in the upcoming by-election.

The seat was vacated by Mr David Ong who on Saturday resigned as the Member of Parliament for Bukit Batok, and from the People's Action Party (PAP), due to personal indiscretion. The 54-year-old is believed to have had an extramarital affair with a woman who is a grassroots leader in his ward.

On Sunday, SDP chief Chee Soon Juan  said he may contest the Bukit Batok by-election, but the party has not decided who to field. 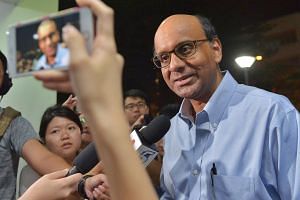 Dr Chee also said the SDP hoped other opposition parties will not contest the seat as it was "looking forward to a one-on-one contest with the PAP".

He pointed out that the party had contested Bukit Batok in 1988 and 1991 before it was redrawn into a group representation constituency, and also when it became a single seat last year.

Most of the opposition parties contacted by The Straits Times on Sunday said they were not ruling out a bid for the single seat.

The Democratic Progressive Party said it was keen to contest and was discussing the matter. The Singapore Democratic Alliance said it would wait for the by-election to be called before making a decision.

The People's Power Party said it would reach out to the SDP first before considering the matter.

Only the Singaporeans First party ruled out running for the seat, citing the SDP's prior contest there.