SINGAPORE - With Singaporeans living longer and standards of living improving, there is a need to relook the issue of whether they have enough to retire on, said Manpower Minister Josephine Teo.

A work group set this to address this and other issues faced by older workers will meet for the first time this week.

At an interview on Thursday (July 26), Mrs Teo said one in two Singaporeans aged 65 today is expected to live beyond 85, and one in three will live beyond 90.

This means people will spend longer in retirement and so will need to save more during their working years, she added.

People's expectations have also changed, and they may need more money to maintain their standard of living in retirement, she said.

Mrs Teo added that she has asked the Tripartite Workgroup on Older Workers to look into whether changes are needed on the retirement age of 62 and re-employment age of up to 67, and if so, when they should be made. It will also relook the impact of Central Provident Fund contribution rates on retirement adequacy of older workers. 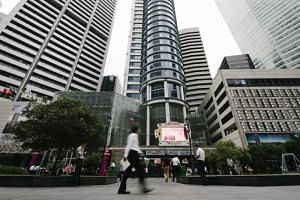 Prepare workers for new roles even before they are retrenched: Josephine Teo's goal

She added that she hoped it would be able to "shed some light on their initial thoughts" by the time Parliament debates the budgets of each ministry during the Committee of Supply debates next year.

Mrs Teo, labour chief Ng Chee Meng and Singapore National Employers Federation's (SNEF) Dr Robert Yap are advisors to the group, which includes members from the ministries of Manpower, Education and Health, as well as the National Trades Union Congress and SNEF.

Mrs Teo also gave an update on the review of the Employment Act - Singapore's main labour law - announced in January (2018).

Currently, professionals, managers and executives earning more than $4,500 a month are not covered under the Act, but with the review they may be accorded the same basic protections like receiving their salary on time.