A proposal by three Nominated MPs to have an independent council review the Government's actions in tackling online falsehoods could lead to unnecessary bureaucratic bloat, said Law and Home Affairs Minister K. Shanmugam in Parliament yesterday.

All of the functions of such a council can be achieved under the current structure of the executive and Parliament, and it is preferable for Parliament to hold the executive directly accountable, he said.

"Parliament is a representative body, it's meant to work in a democracy this way, where MPs hold the ministers accountable, and check and ask questions. You don't keep creating bodies. And then who checks on (these bodies)?" he said.

The minister gave this response during the second reading of the Protection from Online Falsehoods and Manipulation Bill, aimed at protecting society from the harm caused by the spread of fake news.

Last week, NMPs Anthea Ong, Irene Quay and Walter Theseira had filed a notice to Parliament to propose four changes to the Bill.

While agreeing with its legislative intent, they had concerns that it grants the executive "far-reaching" powers to control what is said online, and such tools could be used to "suppress or chill debate and expression for political purposes", they said in a joint statement.

Other than the council, they proposed that the Government publicly explain its decisions when exercising its powers under the Act. 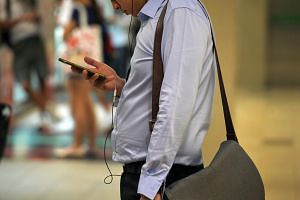 Responding, Mr Shanmugam said this will be set out in subsidiary legislation, which are rules and regulations made by the authorities to put Acts into practice. But the level of detail to be provided has to be decided case by case. "That's the best way of dealing with these things. You cannot go upfront and try to legislate every detail," he said.

On the amendment to have the minister "do everything reasonable to ensure that appeals to the minister are adjudicated without delay", Mr Shanmugam again said timelines will be set out in the subsidiary legislation.

He said the legislation will go further than what the NMPs proposed. In his speech, Mr Shanmugam disclosed that ministers have to decide in two days the applications on appeals against their decisions.

The NMPs also proposed inserting key principles that guide the exercise of powers under the Act, including the aim not to target "opinions, comments, critiques, satire, parody, generalisations, or statements of experiences".

Mr Shanmugam said that he appreciated the intent underpinning the proposal but some of the principles are unsuitable for primary legislation, adding that it is preferable to rely on case law in some instances.

A version of this article appeared in the print edition of The Straits Times on May 08, 2019, with the headline 'Why independent council to review Govt's actions is not necessary'. Subscribe
Topics:
More
Whatsapp Linkedin FB Messenger Telegram Reddit WeChat Pinterest Print Purchase Article Copy permalink