SINGAPORE - A scheme that tops up the income of low-wage workers is undergoing a review.

This comes as fewer people qualified for the Workfare Income Supplement (WIS) scheme last year compared to 2015, after more than 10 per cent of recipients saw their salaries rising above the income ceiling for the scheme.

Announcing the review in a Facebook post on Friday (July 6), Minister of State for Manpower Zaqy Mohamad said the Ministry of Manpower (MOM) will ensure that more than 20 per cent of Singaporean employees continue to benefit from the scheme, even as their wages improve.

Under WIS, Singaporeans earning a gross monthly income of not more than $2,000 receive wage supplements of up to $3,600 a year, depending on their age and income. These are made in the form of cash and Central Provident Fund top-ups.

Commenting on this, Mr Zaqy said this was because 42,000 recipients saw their incomes increase above the scheme's income ceiling in 2016 and 2017.

"In other words, they 'graduated' out of WIS because they are now earning more. This is not a bad development at all," he added. "Yet our aim remains the same - WIS will continue to be a key pillar of support for our low-wage workers." 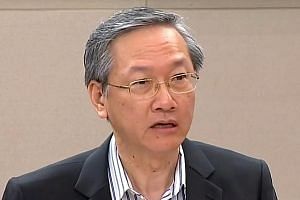 Give wage support to workers who re-skill

The results of the review, which Mr Zaqy will lead, will be out next year. More details will be announced during next week's Parliament sitting.

The maximum payouts were also increased from $3,500 a year to $3,600 a year depending on a worker's age and income, with the money being paid to recipients monthly instead of quarterly.

These payouts, said Mr Zaqy, can amount to up to to 30 per cent of a worker's annual income and is a "significant top-up to their salaries".

The latest review comes amid a continuing focus on supporting low-wage workers as Singapore moves to tackle inequality.

Mr Zaqy said wages of low-wage workers "have increased faster than inflation" and also grew faster than the wages of higher earners in the past five years.