The Islamic State in Iraq and Syria (ISIS) terror group is already in Marawi, he noted, and could possibly establish itself in Myanmar's Rakhine state, where Muslim Rohingya refugees are fleeing fighting between the military and militants.

These developments, coupled with the presence of self-radicalised individuals here, means Singaporeans need to prepare themselves for an eventual terrorist attack, he said.

The Home Affairs Ministry had announced the arrests of two Singaporeans under the Internal Security Act a day earlier, the latest in a string of terrorism-related arrests this year.

Speaking at a dialogue organised to mark the 13th anniversary of the Lee Kuan Yew School of Public Policy, Mr Goh stressed that the real challenge would come after a terror attack.

"What will that mean for race relations - that's number one. If as a result of (an attack) race relations become fragile, broken, collapsed, then the terrorists would have achieved their purpose," he said.

He listed terrorism as one of two future challenges Singapore would face, in response to a question during the dialogue at the National University of Singapore. 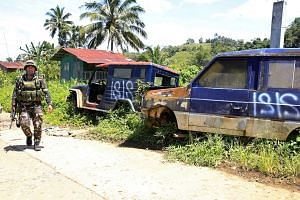 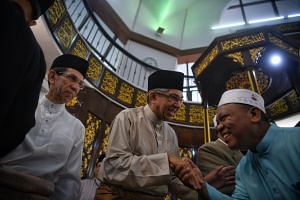 Muis: Close support network can be a bulwark against radical influences

The other challenge is how to get young Singaporeans to "accept politically" slower growth in their incomes, he said, given that Singapore will no longer see high economic growth of 8 to 9 per cent.

This means incomes may grow at a slower rate of 2 to 3 per cent, but salaries will start from a higher base, he added.

"If we can't convince you on that and if you have a change in government, and people think life will get better, I can tell you that life will get worse, very quickly, because the new government still will not be able to produce 5 to 6 per cent growth," he said.

During the hour-long dialogue, Mr Goh spoke candidly on a wide range of issues, often with a dose of humour that drew laughter from the auditorium of 300 students, faculty and alumni.

He also shared personal experiences, like how the 2003 Sars crisis was the most frightening challenge he faced during his tenure as Prime Minister from 1990 to 2004.

He highlighted the importance of forming personal relationships with other world leaders, citing how he and then-United States President Bill Clinton agreed to have the US-Singapore Free Trade Agreement after a midnight golf game in Brunei in 2000, after an APEC Leaders meeting.

Mr Goh, who chairs the LKY School's governing board, also urged the School to find ways to offer added value to the Government in future.

"I find that as the Government, I am not getting my money's worth," he quipped, saying the School has to offer alternative viewpoints and shape thinking on policies.

"But unfortunately, the Dean will say 'It's very sensitive, you know'," quipped Mr Goh, to laughter from the audience.

Prof Mahbubani had drawn flak from former colleagues in the Foreign Ministry and Law and Home Affairs Minister K. Shanmugam in July, after saying in a commentary that Singapore should behave like a small state and avoid getting tangled in affairs beyond its borders.

Said ESM Goh: "To be fair no leader likes to be criticised... but to do it constructively, you must build that trust between one another."

As the dialogue drew to a close, Mr Goh turned the tables and asked Prof Mahbubani what is the biggest challenge Singapore would face in future.

Laughing, Prof Mahbubani said: "This feels like an exam!"

To which ESM Goh replied: "I am the governing board chairman, you are the Dean."

In response, Prof Mahbubani said the political philosophy that "worked very well" in Singapore's first 50 years may not work as well in future.

"In many ways we are changing, and Singapore is becoming more open... and that process of continuous change is what I see as the biggest challenge," he said.