He also stressed in Parliament that the PA, as a statutory board using public funds, took its financial governance seriously.

"When things go wrong, we do not shy away from taking responsibility and tough action to put things in order," he said as he fleshed out the lapses and pointed to the layers of checks on how money is managed at PA.

Mr Lim, who is the Manpower Minister, was replying to Workers' Party MP Png Eng Huat (Hougang) who wanted details of the lapses.

During the severe haze in 2013, a community hospital appealed to a grassroots organisation for air purifiers for patients in its non-air-conditioned wards. The item was in great demand and was out of stock across all major retail outlets. The grassroots leaders and volunteers went all around Singapore. Finally, they found a small store which had limited stock. They quickly purchased the air purifiers without asking for three quotations (as is the norm in procurement) as they were in a great hurry to alleviate the discomfort of the patients. Madam Speaker, is this a case of non-compliance of financial procedures and rules? The answer is yes. Is this a case of grassroots leaders and volunteers compromising the interests of the community? The answer is certainly no... Far from compromising the interests of the residents as the member (NCMP Lina Chiam) has asserted, the grassroots organisations which committed these lapses were actually doing their best to serve the interests of the residents and meet the urgent needs of the community.

We can fault them for their non-compliance of financial procedures, but please do not doubt their passion and commitment in always doing their best for the community.

DEPUTY CHAIRMAN OF THE PEOPLE'S ASSOCIATION (PA) LIM SWEE SAY, on whether the PA's lapses compromised the interests of residents

One of them is the seven claims, totalling $114,767, the chairman of the Citizens Consultative Committee (CCC) in Sembawang GRC's Admiralty ward made to himself.

One was money for a funeral wake a needy family required immediately. There was no supporting document for the claim but the amount given was witnessed by a few volunteers.

Two claims were for a working dinner and an appreciation dinner for volunteers and community partners. These had receipts.

Four claims were for retreats to discuss workplans. Only one had supporting documents. The receipts for the other three, totalling $56,050, were misplaced but the CCC later verified the sums with proof of payment from the vendor.

"Although there was no evidence of dishonesty, the CCC chairman has taken personal responsibility for these lapses and resigned from his position," Mr Lim said.

He did not identify the chairman, who is Mr Tonic Oh.

Another major lapse involved 13 tenancy contracts, amounting to $3.67 million, which the management committees of community centres or clubs awarded without competition. This went against PA's financial rules, Mr Lim said.

•Five for children enrichment, food and entertainment services that were given by two community clubs with poor locations.

•One to renew childcare services.

•Two for food outlets, and

•One for a non-profit community organisation that promotes healthy lifestyles, especially for seniors. 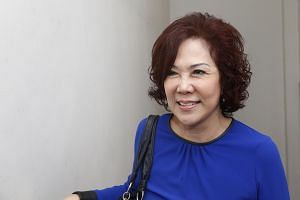 Despite their good intentions and using similar rental rates in the area as a guide, they contravened PA's financial rules in not getting permission first, Mr Lim said.

He also disclosed that the last time the PA got an "adverse opinion" in its annual audit was in FY2012, when accounts of grassroots organisations were not included in the PA's financial statements.

Since consolidation, PA's financial statements got "clean opinions" in FY2013 and FY2014.

Mr Lim also said the PA's accounts are subjected to annual statutory audits. The AGO audit is over and above these audits.

"By having multiple layers of checks and transparency, we ensure a high level of vigilance over the integrity of our financial management," Mr Lim said.

Deputy Prime Minister and Finance Minister Tharman Shanmugaratnam told the House the lapses of the government agencies were not repeat cases except for one: an agency's procurement of event management services.

Prompt action is taken when problems are found and there is no attempt to cover them up, he said.

Errant officers face the full brunt of the law, he said. Even if there is no evidence of fraud or corrupt intent, an officer may face serious disciplinary action, including being barred from promotion for a few years.

But it was not possible to avoid human lapses completely, he said. Neither is it ideal to have more rules.

"We must continue to maintain a sensible balance of rules, subject ourselves to regular and thorough audit, and take thorough enforcement actions whenever necessary."