Singapore and Australia share many common interests in the South China Sea issue, Prime Minister Lee Hsien Loong said, noting that both uphold principles such as the importance of international law and freedom of navigation.

Writing in response to questions from Australian media on the South China Sea issue, PM Lee pointed to the similar positions shared by the two non-claimant states.

"Like Australia, Singapore depends on a peaceful and stable region which supports and promotes free trade and open markets. We share similar outlooks on the importance of international law and the peaceful settlement of disputes," he said. "We both have a vital interest in freedom of navigation and overflight in the South China Sea. We should continue to uphold these principles."

On a question about what Australia and Singapore could do together to resolve tensions in the South China Sea between competing states, PM Lee said that as non-claimant states, it is not possible for either country to solve the problems there.

However, he noted that interested countries can help keep the situation under control by "observing international law and international norms, and agreeing to rules which minimise the risk of incidents and escalation".

Over the past year, tensions in the South China Sea have cooled down somewhat, he added, as re-gular exchanges between Asean member states and China have created a more conducive environment for dialogue and cooperation.

Talks have also started on a Code of Conduct in the South China Sea.

"It is also important that Asean stays cohesive and relevant.

"As Asean Chair and country coordinator for Asean-China relations, Singapore will work with all parties to find common ground so that we can manage the disputes and overlapping claims," PM Lee said.

Other powers, such as the United States and India, also have an interest in ensuring freedom of navigation, not just in the South China Sea, but in many parts of the world, he added. 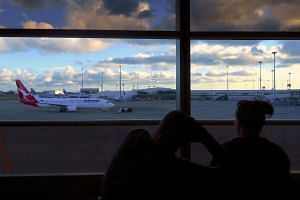 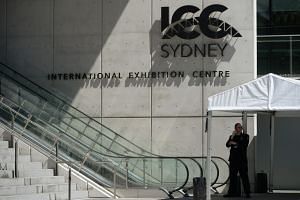 "They will take their own actions to protect these interests. The US, for instance, conducts freedom of navigation operations. They do not consult Singapore."

China has an interest in freedom of navigation too, not just in the South China Sea, but also through the Strait of Malacca, he said.

From the region's perspective, the most critical issue is the political and strategic resolve of the US to project a reliable and constructive presence as a Pacific power, he added.

At last year's Shangri-La Dialogue in Singapore, US Defence Secretary James Mattis referred to the Asia-Pacific as a "priority region" for the new Trump administration, and affirmed the US' commitment to the region's security and prosperity, he noted.

"Many countries, including Australia and most Asean members, support and welcome this US stance," PM Lee said.