SINGAPORE - The qualifying criteria to be president, set 25 years ago, needs to be updated to ensure a private sector candidate for the role is qualified and capable to do the job, Prime Minister Lee Hsien Loong said.

In a TV interview broadcast on Sunday (Sept 4) night, he noted the economy and the size of the national reserves had multiplied around seven times.

But the criteria for a private sector candidate - having run a large and complex company, defined as one with $100 million in paid-up capital - had remained constant.

In 1990, $100 million was a "significant threshold" with fewer than 200 companies fitting that category, meaning a few hundred people qualified, he said. 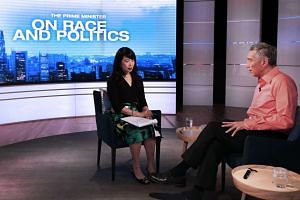 But today, he added, 2,000 companies meet that mark - and counting two to three persons who have been CEO or chairman, "at face value, I should have 5,000 or 6,000 people who are qualified and capable of being president".

"But I don't believe all 5,000 or 6,000 of them actually have the experience and the relevant competence in their work in order to do the president's job," Mr Lee added.

The figure for paid-up capital has to be revised to a realistic level that is not too constraining, but gives a sense of the big decisions that have to be made as president, he said.

This criteria should also be revised regularly, perhaps every two terms, to adjust for inflation and the size of the economy, he added.

The Constitution also stipulates that those who have held certain key appointments in the public sector qualify as presidential candidates. Mr Lee said this is "more or less self-adjusting because if you're a Minister of Finance, as the economy grows, your job grows with it".

Asked about scepticism that changes to the qualifying criteria aim to disqualify potential candidates who are not seen as friendly to the Government, Mr Lee said his concerns were for Singapore's future in the next 30, 40 or 50 years, and not over individuals.

"Problems with individuals, we can possibly have; but individuals grow old, individuals come and go. We are looking at changes which are for the long term," he said, citing capable candidates and multiracial representation.

He added that even if qualifying criteria are raised, he "cannot guarantee that nobody who is going to be difficult will become President".

"It is not possible because however, wherever, you cut off, there will be somebody, even a former minister or a former judge or somebody who may have run a very big company, have his views and may clash with the Government," he said. "It could be populist, it could be a matter of principle, but it can happen."

He said one way to prevent things going wrong is to have good people in politics: "It's not a guarantee but it's the ideal we have to aim for."