SINGAPORE - A total of 164 individuals and organisations have written to the Select Committee looking into deliberate online falsehoods, the highest number of submissions received by a Select Committee.

Among those who made submissions are media organisations, technology companies, foreign and local academics and experts, commentators, as well as members of the public, said the Office of the Clerk of Parliament in a statement on Friday (March 9).

The written representations were made over the course of seven weeks, with the submission period ending on Wednesday after the committee extended its deadline by a week.

The previous record of 99 submissions was held by the 1988 Select Committee on the Parliamentary Elections (Amendment) Bill.

From next Wednesday, the committee will hold public hearings in Parliament.

It has invited 79 individuals and organisations to the hearings to date.

"These individuals and organisations were selected to represent a cross-section of different stakeholder groups, or because their written representations require further clarification," said the statement. 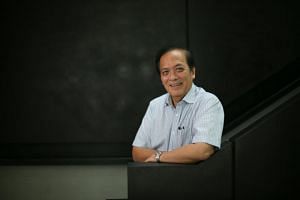 The committee was set up in January to recommend how Singapore can tackle online falsehoods, which can range from fake news for commercial purposes to sophisticated state-sponsored disinformation campaigns with political aims.

Ministers, MPs give examples of deliberate falsehoods in Singapore and beyond

More information on the written representations received and the public hearings will be made available on the Select Committee's website at www.parliament.gov.sg/sconlinefalsehoods