SINGAPORE - The two key elements of the elected presidency, as a symbolic head of state and unifier of society, and as a custodian who checks on the government, should be separated instead of vested in a single person, Raffles Medical Group executive chairman Loo Choon Yong and lawyer Loo Choon Chiaw suggested on Friday (May 6).

Speaking at the last of four scheduled public hearings by the Constitutional Commission on changes to the elected presidency, Dr Loo said there has been much confusion on the role of the elected president, and the public often thinks that such a role is to be a check and balance on all matters of government.

He also said that any human resources practitioner will be hard-pressed to find a person with the attributes to carry out both disparate elements of the office equally well. 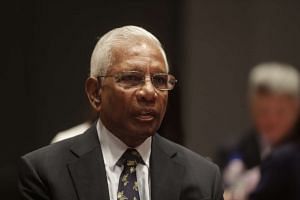 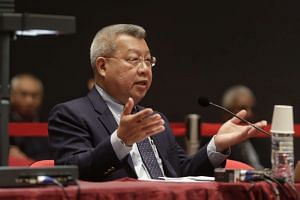 He called for a return to the pre-1991 system that "has served Singapore well", with constitutional norms that had been accumulated over the years. The president should be appointed by Parliament, with the powers the office had before 1991.

The Council of Presidential Advisors can then be reconstituted into an eight-member Presidential Council for Review to exercise the custodial powers of protecting Singapore's reserves and confirm key appointments, he said.

But commission members such as former Speaker of Parliament Abdullah Tarmugi and Professor Chan Heng Chee asked if Singaporeans in this era will be able to accept a return to an appointed President.

"I put it to you that we are in the world of participation, and people want to have a say, and moving back from elected to nominated presidency is more difficult than you imagine," said Prof Chan , who is chairman of the Lee Kuan Yew Centre for Innovative Cities.

She added that some previous speakers had mulled over the idea, but acknowledged that it may not be possible.