SINGAPORE - Prime Minister Lee Hsien Loong said on Thursday (Sept 1) he is "all right", ahead of his first overseas trip since he took ill at the National Day Rally on Aug 21.

Mr Lee was speaking to Channel NewsAsia (CNA) during the recording of an upcoming programme, The Prime Minister on Race and Politics, which airs on Sunday (Sept 4) night.

"I'm all right. Doctors went over me very thoroughly the same night and after that and they went through all possible causes what could have happened," CNA's website reported him saying. 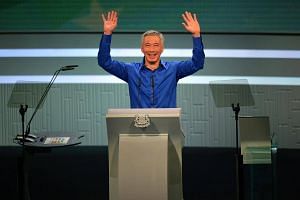 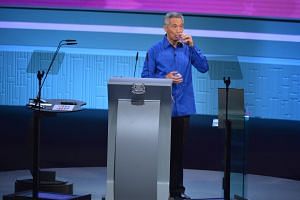 PM Lee had no cardiac abnormalities or stroke, on medical leave till Aug 29

"Finally they concluded it is what they call a vasovagal syncope. That to a layman means you stood up and you fainted and fortunately it's nothing worse than that and no harm came to me but I had a week's break and I'm back at work."

Asked if he had made any changes to his routine, Mr Lee said: "They say don't overstrain yourself and if you think you're going to faint, squat down and don't keel over… I usually have a doctor travel with me when I'm going on working trips as I will be tomorrow. I just have to keep a sustainable pace."

Mr Lee had suddenly faltered while speaking at the National Day Rally, and had to be helped off stage. He returned some 80 minutes later to resume his speech for another 15 minutes.

The Prime Minister's Office said the next day he had taken ill "due to a temporary drop in blood pressure, due to prolonged standing, exhaustion, and dehydration". It added: "Doctors have confirmed there were no cardiac abnormalities and no stroke."

Mr Lee was given a week's medical leave and returned to work on Monday (Aug 29).

The Prime Minister on Race and Politics will air on Mediacorp's Channel 5 at 8pm on Sunday (Sept 4 ) and on Channel NewsAsia at 10pm the same day.