SINGAPORE - Law Minister K. Shanmugam on Wednesday (Nov 9) slammed the Workers' Party (WP) proposal for an elected senate to safeguard the nation's reserves instead of an elected president, calling it a flawed idea that is unworkable.

He said the idea of eight individuals being elected into an Upper House would aggravate instead of ameliorate what the WP deems as problems in the elected presidency scheme.

The WP had said on Tuesday that the elected presidency - with its stringent eligibility criteria - was elitist in nature. But Mr Shanmugam pointed out that WP MPs, under questioning in Parliament, later said that the senators would need to have the same qualifications as an elected president.

Another objection that the WP had was that presidential candidates are drawn from a small pool that are likely to be from the establishment.

Mr Shanmugam called it a cynical view that "the whole exercise is to fix a non-People's Action Party government". But again, WP's proposal for a senate would make this supposed problem eight times worse since the senators would be drawn from the same pool.

The WP proposed an elected senate on Tuesday during the debate on the constitutional amendments regarding the highest office of the land and put out a position paper on it. 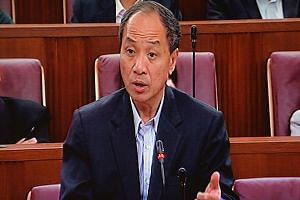 Debate on changes to Elected Presidency: WP calls for return to appointed presidency 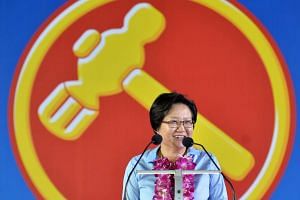 Mr Shanmugam saidt it was clear the WP's proposal had not been thoroughly considered and did not stand up to scrutiny during the parliamentary debate.

He also accused the WP MPs of making up answers on the go when they could not provide details on their own idea.

For instance, he noted that when a scenario of a four-four split in a vote in the senate was discussed, Mr Pritam Singh (Aljunied GRC) first said a casting vote could be used to break the deadlock, then later said there could be nine Senators instead.

"So this is clearly policy made on the fly in Parliament," Mr Shanmugam said.

Also, having eight senators would further politicise the role of the custodian of the reserves. This is because they would want to get re-elected and will have to constantly compete with each other, raise their profiles and outdo each other, he said.

This will cause deep politicisation of such a senate, increase risks of gridlock and even a constitutional crisis, he added.

"The proposal is like a home built with sand. One touch and it crumbles," he said.