Its strategy is to uphold the rules-based international order, remain a credible and consistent partner, keep itself relevant on the international stage and establish friendships with all.

These are the tense relations between the United States and China, the impact that digital disruption will have on Singapore society, the rise of protectionism and the weakening of the multilateral rules-based trading system.

On top of that, regional stability and security are being threatened by the rise in identity politics closer to home, he added.

1. China and the United States

This is the most important bilateral relationship in the global system, but the dynamics between them are shifting from engagement to strategic competition, Dr Balakrishnan said.

The US believes it has been taken advantage of by China, while China is determined not to let any other nation obstruct its rise.

Rivalry between both powers will grow, especially in the technological arena, he added.

Dr Balakrishnan stressed that Singapore must not allow these changes to fracture its society, but must instead master technology to remain successful and united.

Even as Singaporeans become more exposed to the "crowded marketplace of competing viewpoints and disinformation", they must also be aware that this raises the risk of foreign influence in Singapore.

Domestic politics around the world have become more polarised and led to the "hollowing out" of the political centre, Dr Balakrishnan said.

This has led to a geopolitical situation dominated by an increasingly "short-term transactional ethos and a zero-sum mindset".

Multilateral agreements are increasingly viewed as shackles on sovereignty and a burden on economic growth. But the free, open, rules-based trading system has benefited both Singapore and the rest of Asean for many decades, Dr Balakrishnan said. If countries turn away from multilateralism and trade connectivity shrinks, the outcome will be a negative-sum one.

As a small country where trade is just over three times the gross domestic product (GDP), Singapore must stand up for the multilateral, rules-based global trading system.

"This is not a debating point; this is lifeblood for us in Singapore," Dr Balakrishnan said.

He highlighted various trade agreements, such as the Comprehensive and Progressive Agreement on the Trans-Pacific Partnership (CPTPP) and the European Union-Singapore Free Trade Agreement.

Several MPs asked how Singapore will manage a situation when it is forced to pick sides. Dr Balakrishnan said the key point to note is Singapore's neutrality.

"Singapore cannot be bought, nor can we be bullied," he said. "We will be nobody's stooge; we will not act on behalf of any other power."

This attitude has allowed Singapore to build trust, goodwill and relevance with other countries. Its credibility has helped it to play a constructive role in international affairs, and kept up good relations with the major powers.

Dr Balakrishnan added that Asean has always been a "cornerstone" of Singapore's foreign policy, and it must strengthen the open and inclusive Asean-centric regional architecture. 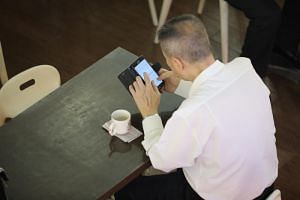 Quoting a 2009 speech by the late founding prime minister Lee Kuan Yew, Dr Balakrishnan stressed the importance of creating relevance for Singapore so that it can be successful and vibrant.

He highlighted how Singapore, in playing host to last year's meeting between US President Donald Trump and North Korean leader Kim Jong Un, reaffirmed its reputation as an impartial, reliable and safe country, as well as a trusted and consistent partner.

4. Be a friend to all and enemy of none

Establishing good relations with Singapore's immediate neighbours is important, as peace and stability in the region are essential, Dr Balakrishnan said.

Relations with Indonesia and Malaysia, as Singapore's closest neighbours, are of special importance.

He added that soft power is the "ultimate currency" of Singapore's foreign policy, and many of its overseas missions use cultural diplomacy to showcase the country's diverse cultural heritage.