SINGAPORE - While the level of religious harmony in Singapore remains high, updates to the Maintenance of Religious Harmony Act (MRHA) are timely due to global trends such as rising religiosity and increased violence fuelled by hate speech, said Home Affairs and Law Minister K. Shanmugam on Monday (Oct 7).

Speaking in Parliament at the start of debate on proposed changes to the law, he noted that since it was passed in 1990, the Internet and social media have been used to mobilise hatred and mob attacks. There has also been increased foreign interference by countries in the affairs of other countries, he said.

Mr Shanmugam cited various examples, including far-right movements in Europe that play up anxieties against Muslims and other minorities, the use of algorithms to allow hate to go viral online, and how in India in 2014, hundreds took to the streets over morphed pictures of Hindu gods that were shared on Facebook and later recirculated on WhatsApp.

Singapore has been spared most of such troubles, said the minister.

But it could easily be affected by developments in other countries, he added.

"Over the last 60 years, the Government has been even-handed in its treatment of all religions and religious groups," he said.

"Beyond institutional structures, we also have laws in place to ensure that no one exploits fault lines... It is because of these policies and laws that we have peace and harmony." 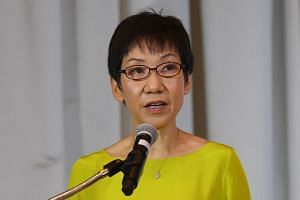 Citing a 2014 Pew Research Centre study showing that Singapore is the most religiously diverse society in the world, Mr Shanmugam said this could make the country especially susceptible to deepening fault lines.

It is therefore necessary to put in "circuit breakers" to prevent this - both through legislative changes as well as tools focusing on restoration and rehabilitation, he said.

He added that the changes to the law are being proposed after extensive consultation - and considerable support - from the different religious communities.

More targeted action can also be taken on donations and leadership if there is an indication that there is a risk of foreign influence affecting religious harmony.

Restraining orders issued under the Act will take effect immediately to prevent offensive statements from spreading on social media. This includes ceasing all communication of the offensive material, and removing it from the Internet.

Currently, the Government has to serve a 14-day notice before the order takes effect.

Religion-related offences to be ported over from Penal Code

The Act will incorporate religion-related offences from the Penal Code, making the MRHA a comprehensive law. It will also be extra-territorial in nature, covering offences committed overseas so long as they target, and have an impact on, Singapore.

Offences will also be rationalised in two ways: The offence of urging violence against another person or group is considered more serious than insulting or ridiculing a religion.

Religious leaders are also subject to a lower threshold for offences, as they have greater ability to influence and mobilise their followers compared to lay persons.

Mr Shanmugam also noted that action can be taken if any religious group or its member attacks another, including LGBTQ groups or individuals, on religious grounds.

Enhancements will also be made to Section 74 of the Penal Code, which prescribes enhanced penalties for racially or religiously aggravated offences, also known as racial or religious hate crimes.

Maximum punishments will be increased from one-and-a-half times to two, if the offender targets a victim because of his race or religion. They will cover all offences in the Penal Code, except those punishable with death or life imprisonment. 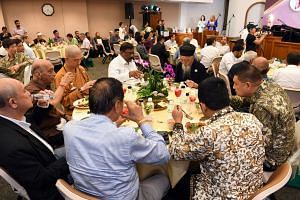 Changes proposed to Maintenance of Religious Harmony Act: 5 things to know about the law

The foundation of Singapore's religious harmony

This remedial measure is a new tool under which the Minister for Home Affairs may offer an offender the opportunity to mend ties, such as by a public or private apology to the aggrieved parties, or taking part in inter-religious events.

While the CRI is not mandatory, if it is completed, criminal prosecution will not be taken against the offender. But this is not an option, for instance, in serious cases of inciting violence.

Mr Shanmugam cited the case of Ms Sheena Phua, as an example of the spirit of this move.

The social influencer was criticised for uploading photos of two Sikh men in turbans at the F1 Grand Prix and calliing them "huge obstructions".

"It would have been understandable for the Sikh commmunity to criticise her, but... they reached out and invited her to visit the gurdwara so that they could educate her about Sikhism," he said.

"These young men understood that at times, insensitive and derogatory comments can come from a place of ignorance. And the better and more sustainable path is not of hate or taking sides, but of friendship, respect and learning about each other."