SINGAPORE - With Singapore having accumulated an estimated surplus of $15 billion since 2016, several MPs on Tuesday (Feb 26) suggested ways to spend it as they debated the Budget statement.

Speaking in Parliament on the first day of the Budget debate, Ms Foo Mee Har (West Coast GRC) urged the authorities to postpone the "unpopular GST hike for as long as possible", referring to the planned GST hike of two percentage points, from 7 to 9 per cent, between 2021 and 2025.

Another suggestion she had was to share surpluses with Singaporeans regularly, just as the Government is doing with this year's $1.1 billion Bicentennial Bonus and last year's $700 million SG Bonus.

"This gesture of sharing surpluses with Singaporeans, whenever our finances allow, should be a regular feature of all future Budgets," she said. "There is no better way to build social cohesion than to share these upsides with the people."

Budget surpluses are accumulated as current reserves and if unused by the end of each term of government, will be transferred to past reserves.

Mr Liang Eng Hwa (Holland-Bukit Timah GRC), chairman of the Government Parliamentary Committee for Finance as well as Trade and Industry who opened the debate, asked the Government to consider one-off injections into insurance risk pools whenever there are surpluses.

This way, the authorities can "continually improve the claims economics for the insured", he said, referring to healthcare and long-term care insurance plans Medishield Life and CareShield Life.

Workers' Party chief Pritam Singh (Aljunied GRC) went as far as to suggest that one-off packages for the Pioneer and Merdeka Generations should be adapted and made into universal and permanent healthcare packages for senior citizens from the age of 60.

This, he suggested, would be aimed at alleviating the out-of-pocket expenses for primary healthcare, and could include additional subsidies for common illnesses and chronic conditions for outpatient care.

Besides these suggestions, nine of the 12 MPs who spoke before the break focused on how to improve lives for Singaporean workers amid technological disruptions and globalisation.

Labour MP Ang Hin Kee (Ang Mo Kio GRC) wants freelancers to insure their income should they have to take prolonged medical leave, while Ms Foo hoped that the Workfare Income Supplement (WIS) Scheme could be extended to more low-income workers, including those in the gig economy.

Two other labour MPs, Mr Melvin Yong (Tanjong Pagar GRC) and Mr Desmond Choo (Tampines GRC), suggested subsidies for those wanting to do a second diploma or degree, to be consistent with the Government's push for the workforce to constantly upskill themselves. 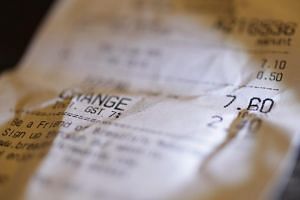 Taking a longer horizon, NTUC deputy secretary-general Heng Chee How (Jalan Besar GRC) said the Government, unions and companies must think of ways to help the estimated 33,000 caregivers to be part of the workforce should they desire to work.

This includes ways of providing sustainable senior care, and determining how fair and flexible work - especially part-time jobs - can be incorporated into mainstream staffing models.

Another topic that came up was how to foster a more caring society.

Ms Denise Phua (Jalan Besar GRC) wants voluntary welfare organisations to be allowed to invest in Singapore Savings Bonds, so they can generate revenue consistently and focus on their programmes.

Labour MP Zainal Sapari (Pasir Ris-Punggol GRC) encouraged members of the public to show their appreciation to Singapore's low-income workers - like cleaners and security guards - with simple acts like returning their own trays at hawker centres, greeting them and not littering.

"These acts don't cost us a thing, but they can go a long way in brightening up their lives. Make it our habit to care. A gracious society does not happen by chance, it is up to you and me to make a difference," he said.

The Budget debate, which is ongoing till Thursday, is estimated to see more than 50 MPs speak in total.