SINGAPORE - Reflecting the Government's increased support for the pre-school sector, mid-career entrants enrolled in professional early childhood certificate or diploma courses have increased by more than 70 per cent over the last five years, said Minister for Social and Family Development Desmond Lee on Monday (Feb 18).

He was responding to Non-constituency MP Dennis Tan on what the Ministry of Social and Family Development (MSF) is doing to recruit 3,000 pre-school teachers to raise the total to 20,000 by 2020, as well as to attract more men to the predominantly female sector.

There are about 18,000 early childhood educators currently and around three-quarters of those joining the sector are mid-career entrants, Mr Lee added.

Less than 1 per cent of pre-school teachers are male.

Mr Lee noted the National Institute of Early Childhood Development - established last May - plans to admit about 700 students into the inaugural batch for its diploma programme this year, which is double the total intake for such programmes in 2015. 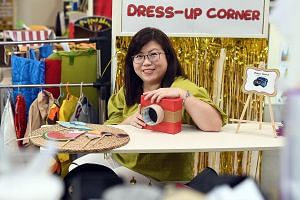 $20 million boost for professional development of teachers at PCF Sparkletots

Potential mid-career entrants into the pre-school sector can also avail themselves of the Professional Conversion Programme and Place and Train Programme, under which they can earn a salary while undergoing a mix of on-the-job coaching and classroom-based teaching or training.

Mr Lee said mindsets have to be changed as well, to attract more people to the pre-school sector.

"There are certain common misconceptions that an early childhood educator is a nanny or a caregiver rather than a teacher... There is also the mindset among people that women are more suited to the pre-school sector. But men can equally play the role of good carers and educators," he said.

"So to address that, the Early Childhood and Development Agency launched a national campaign last year... to (help people) to have a more accurate view of the importance of early childhood education."