SINGAPORE - An inter-agency task force has been formed to evaluate how the fraud detection system for SkillsFuture claims may be improved, said Minister for Education (Higher Education and Skills) Ong Ye Kung in Parliament on Monday (Jan 8).

A "good and effective data analytics system" will be in place by the third quarter of this year, he added.

His announcement follows news last month that SkillsFuture Singapore (SSG), which oversees the lifelong learning scheme, had been cheated of nearly $40 million.

It is the biggest case of a government agency being defrauded here.

"This should not have been allowed to happen," said Mr Ong. "While we cannot always prevent all forms of fraudulent activities, SSG should have detected this case much earlier, especially when it was so egregious, and the amounts involved were so large."

The new task force for the matter involves SSG, the Ministry of Education, the police's Commercial Affairs Department and the Accountant-General's Department, Mr Ong added.

He was responding to parliamentary questions by MPs Patrick Tay (West Coast), Desmond Choo (Tampines) and Zaqy Mohamad (Chua Chu Kang), who asked about countermeasures against the spate of fraudulent claims last year, and whether a full review would be taken. 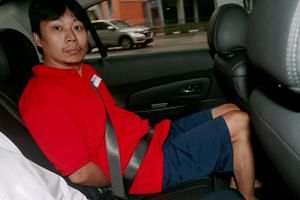 "Specifically, I directed SSG to strengthen its fraud detection system through data analytics," said Mr Ong. "Fraudsters, who are going all out to cheat, are getting more sophisticated, and their plans more elaborate."

He added that by using data analytics and drawing on data across government agencies, "we can better detect false claims, without significantly affecting genuine employers applying for training grants".

To get this done, SSG is getting help from both private sector consultants and GovTech, which oversees technology transformation in the public sector, said Mr Ong.

Besides having restructured the fraud detection and audit team, SSG has also started implementing some measures manually. These measures will be progressively automated and systemised, he added.

Previously, SSG said it took immediate action when the SkillsFuture scam was detected, enhancing its fraud analytics to detect anomalies and abnormal claim patterns, on top of physical audits of training providers, employers and individuals.

The fraudulent claims were made last year, mostly in October, and police believe that a criminal syndicate was behind them, Mr Ong said.

Mr Ong noted that even as no staff member has been suspended or disciplined from the latest fraud case, as there has been no evidence of wrongdoing by them thus far, SSG will take necessary management measures to improve fraud detection.

On Monday, MPs also asked about a separate case of fraudulent SkillsFuture claims in which more than 4,400 individuals were found to have made false SkillsFuture Credit claims within a short period last year, amounting to more than $2 million.

The individuals, who acted largely of their own accord, did not attend any training but falsely claimed to have done so, said Mr Ong.

After being found out, more than 90 per cent of them have either made full repayment or made arrangements for instalment repayments.

Those who did not respond will be blacklisted, and the ministry will not rule out further legal and enforcement actions, he said.

SSG has since reviewed the claims processes for SkillsFuture Credit, with individuals no longer able to be directly reimbursed by SSG. Instead, payments will be made to training providers, who then reduce the course fees chargeable, he said.