SINGAPORE - Harsher penalties and increased enforcement powers are in place under legislation passed on Monday (Nov 19) to tackle terrorism financing and money laundering.

Individuals who have a high level of culpability in not reporting terrorism financing offences could face a maximum fine of $250,000, up from the current $50,000, while the maximum jail term remains at five years.

Corporations who also have a high level of culpability due to their professional obligations will face a maximum fine of $1 million or twice the value of the property involved in or services rendered for terrorism financing, whichever is higher. The fine is up from the current ceiling of $250,000.

Similarly, penalties for individuals who fail to report suspicious transactions potentially related to criminal conduct or drug dealing will rise from the current $20,000 to a maximum fine of $250,000 with up to three years' jail.

These are among the changes passed in Parliament yesterday for the Terrorism (Suppression of Financing) Act (TSOFA) and the Corruption, Drug Trafficking and Other Serious Crimes (Confiscation of Benefits) Act (CDSA).

These harsher penalties and increased enforcement efforts come against the backdrop of the growing volume and complexity of financial transactions, which make such crimes harder to tackle due to ease of money transfers between persons and across borders, said Second Minister for Home Affairs Josephine Teo during Parliament.

In the last five years, Singapore has seen around 70 convictions annually for money laundering. In 2016, Singapore convicted six foreign nationals for terrorism financing.

"However, we will need to strengthen our defences," said Mrs Teo, adding that harsher punishments would strengthen deterrence for some of these offences.

In her speech during the second reading of the Serious Crimes and Counter Terrorism (Miscellaneous Amendments) Bill that updated the TSOFA and CDSA, Mrs Teo said reporting suspected criminal activities through Suspicious Transaction Reports was critical for authorities to tackle these offences. 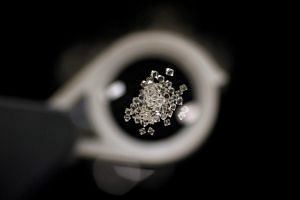 Under the CDSA, it is an offence not to file a Suspicious Transaction Report when one has reason to suspect that a property is linked to criminal conduct or drug dealing.

"However, the existing penalties for not doing so are manifestly low... Given the sums of money involved in such crimes, this is not sufficient as a deterrent," she said.

She highlighted a case in June this year involving a property agent fined for failing to file a Suspicious Transaction Report after finding out that his client, who wanted to buy a Sentosa Cove property, was linked to a foreign Ponzi scheme.

"Had the sale gone through, the agent's commission would have been in the range of hundreds of thousands. A maximum fine of $20,000 clearly makes it a small risk to take," she added.

"We will be able to access more valuable information, while being assured that information shared in return is not abused,"said Mrs Teo.

Revisions to the law will also allow authorities to come down harder on organised overseas syndicates and their money laundering operations involving money mules.

Previously, the prosecution had to prove that these money mules know the monies are linked to criminal conduct. This is challenging, especially against mules trained to claim ignorance, said Mrs Teo.

The amendments will take money mules to task, by criminalising the possession or use of property which would be suspected by a reasonable person to be benefits from criminal conduct, if the accused cannot satisfactorily explain how he came by the property.

The courts will now be able to decide, based on the circumstances of the case, whether the accused could be reasonably expected to suspect that monies are linked to criminal conduct, and the offence carries a maximum fine of $150,000 and up to three years' jail time.

Four MPs spoke about the new laws, with some like Associate Professor Fatimah Lateef (Marine Parade GRC) asking about the regulation of such offences in the non-financial sectors, like non-profit organisations, businesses and professions such as law and accountancy.

Mrs Teo said there are regulators within various non-financial sectors that develop measures to address inherent risks against money laundering and terrorism financing.

In the non-profit sector, charities are supervised by the Charities Unit, and mosques by Islamic Religious Council of Singapore (Muis), she added.

"The increase in STRs filed over the past few years suggests that the different sectors are increasingly aware of their AML (anti-money laundering) and CFT (countering the financing of terrorism) obligations," she said.

She added that the ACIP, which brings together industry and government stakeholders, has published papers to help industries put in place better controls to detect financial crimes.

In response to concerns raised by Mr Christopher De Souza (Holland-Bukit Timah GRC) on how the increased penalties compared with other jurisdictions, Mrs Teo said they are comparable with those in New Zealand and the United States.

As an international financial hub, Singapore is a potential transit point for illicit funds and there are serious consequences if the risks of money laundering and terrorism financing are not addressed, said Mrs Teo.

"All in all, the proposed amendments strengthen our frameworks to combat such criminal activities and ensure that we will have even more effective levers and powers to deter, detect and prosecute," she added.