SINGAPORE - More offenders, including those who have previously served a short jail term, will be eligible for community sentences, if a range of reforms aimed at modernising the criminal justice process is approved by Parliament.

Offenders who have previously served prison terms of three months or less or have served a reformative training stint, would be eligible for community sentences so that they can benefit from rehabilitative opportunities.

Offences with specified minimum fines, such as driving under the influence, will also be eligible.

More serious offences will also be eligible for mandatory treatment orders, and the maximum duration of such sentences will be raised from 24 months to 36 months.

The proposed expansion of the eligibility criteria for the community sentencing regime follows the positive reception and good results seen from these sentencing options, which include mandatory treatment orders and day reporting orders, said the Ministry of Law (MinLaw).

It tabled the Criminal Justice Reform Bill and the Evidence (Amendment) Bill in Parliament on Wednesday (Feb 28), which cover more than 50 diverse changes to the entire criminal justice process, from investigation, court processes, to sentencing.

MinLaw said the proposed amendments are a major step in the Government’s long-term efforts toward a more progressive, balanced and modern criminal justice system.

The changes are aimed at enhancing the fairness of existing procedures and ensuring the accuracy and equity of outcomes in criminal cases, said the ministry.

The proposals build on past reforms to the Criminal Procedure Code and the Evidence Act. 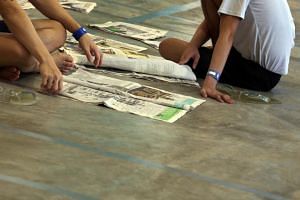 The Criminal Procedure Code is the law which governs criminal investigations and the procedure for court hearings of criminal cases. It was overhauled in 2010, introducing community sentences, which gave judges more rehabilitative sentencing options to deal with offenders, instead of the traditional jail and fine.
Other changes in the latest Bills tabled will allow the police to take statements from suspects and victims via video recording.
The scheme will be implemented in phases, due to the significant investment of infrastructure and training, said MinLaw.
Video-recorded interviews will give the court an objective account of the interviews with suspects. In later stages, video-recorded statements of vulnerable victims can also be used in place of court testimony, and minimise trauma they face in recounting their ordeal.
A suite of measures has also been introduced to enhance protection for victims of sexual offences or child abuse.
Their identities will be protected from the point the police report is made and they will testify behind closed doors, possibly behind a physical screen to separate them from the accused.
They also cannot be questioned by defence lawyers on their sexual history not relating to the charge, unless the court allows it. This will be done through changes to the Evidence Act, which provides the framework for matters concerning evidence in court.
The proposed changes will also include a framework for deferred prosecution agreements, in which the prosecution grants amnesty to corporations in exchange for complying with certain conditions.
Ms Corinna Lim, executive director of women’s rights advocacy group Aware, welcomed the enhanced protection for complainants of sexual offences and child abuse.
The Government’s plan will allay fears of many victims of sexual assault, who do not make police reports or seek support because they are afraid that their personal details will not be kept private, said Ms Lim.
However, she expressed concerns about allowing video-recording of interviews of sexual assault complainants. “Victims are often in a traumatised and confused state right after the incident, and are not in a position to give an accurate account of the incident,” she said.