SINGAPORE - The $1,000 Bicentennial Bonus Central Provident Fund (CPF) top-up is a "tribute" to women who stayed home to care for their families while others went out to work, said Manpower Minister Josephine Teo in Parliament on Wednesday (Feb 27).

"It recognises that they had fewer years to build up their retirement savings," Mrs Teo pointed out in a speech that honoured women who had contributed to Singapore's development throughout the country's history.

"We don't usually apply the gender lens when debating our Budget, but when we do, it's clear that every Budget benefits women in significant ways. And they all add up to a lot of support," she added.

In unveiling his Budget statement last week, Finance Minister Heng Swee Keat announced that Singaporeans aged 50 to 64 this year and who have less than $60,000 of retirement savings in their CPF accounts will receive a top-up of up to $1,000.

About 300,000 Singaporeans will gain from the top-up, six in 10 of whom are women in their 50s and 60s. This money will go some way in supporting these women in their old age, Mrs Teo said.

She also said the Manpower Ministry will outline measures to further support women in the workforce during the debate on its budget next week.

Recognising the contributions of women 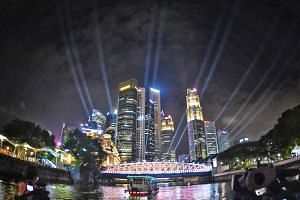 $1.1b Bicentennial Bonus, with focus on helping lower-income

Budget roundtable: More help for older workers and mums on the wish list

Mrs Teo noted that many Government schemes targeted at the elderly benefit women more since their life expectancies are longer.

These include the Pioneer Generation Package and the Silver Support Scheme for needy seniors. More than 65 per cent of those who receive Silver Support payouts are women, she said.

In her speech, Mrs Teo also held up women who contributed to Singapore throughout its long history.

They included Madam Hajjah Fatimah, who arrived in Singapore in the 1800s and built houses and a mosque, as well as fungi expert Gloria Lim, who was the first woman to be appointed dean of the science faculty of the then-University of Singapore, the predecessor of the National University of Singapore.

"Our women pioneers set solid foundations for the generations after them, so that we can all advance and progress in society," she said.