SINGAPORE - Programmes which help young children learn through hands-on experience will be expanded to all primary schools by 2023.

The Applied Learning Programme (ALP), already available in more than 80 primary schools and all 155 secondary schools, will play a key role in encouraging students to explore ideas, try out new skills such as basic coding, and be creative, said Education Minister (Schools) Ng Chee Meng in Parliament on Monday (March 5).

Emphasising the importance of cultivating the joy of learning in students, Mr Ng rubbished the idea that hands-on learning is just a "separate track for vocational students". Instead, it is an effective way of understanding concepts taught in the classroom, he added.

"Students learn by applying and by doing, and they learn beyond the classroom. They see for themselves how they can apply what they have learnt to the real world," he said during the debate on his ministry's budget.

In his speech, Mr Ng said the Education Ministry will also set aside a "significant budget" to develop the new Science Centre, which will play a key role in providing applied learning experiences for students when it is completed by the mid-2020s.

The centre will offer a range of programmes including hands-on maker workshops, specialised laboratory sessions and opportunities for mentorship and research.

More schools will also offer applied subjects such as sports science, drama and mobile robotics. There are currently seven such subjects.

In a speech filled with anecdotes about students and their passions, Mr Ng also outlined the efforts taken by his ministry to go beyond grades and broaden students' opportunities. 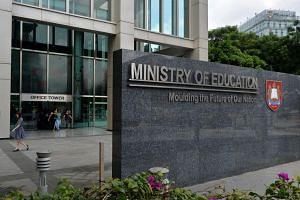 10,000 more students to benefit from financial support, bringing total to 90,000 a year 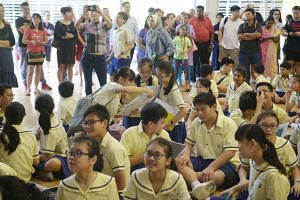 PSLE doesn't cast in stone what students can achieve in life but removing it not the way to go, says Ng Chee Meng

These include changes to the Primary School Leaving Examination (PSLE) scoring system, subject-based banding to allow students to take subjects at a higher level, and exposing more students to a variety of sports.

But Mr Ng said that doing away with the PSLE is not the way to go, in response to Ms Denise Phua (Jalan Besar GRC), who had asked about the possibility of piloting no-PSLE through-train schools. This is done at the higher academic levels, with some schools offering integrated programmes that allow students to skip the O levels.

"The PSLE is a useful checkpoint at the end of primary school to help us determine where each child's academic strengths lie," he said, adding that removing it will simply transfer stress on parents and students to other stages such as the Primary 1 registration or during the O levels and N levels.

Said Mr Ng: "The PSLE does not, however, cast in stone what students can achieve in the future and in life."

Mr Ng noted that at the secondary school level, students go beyond exams to take part in programmes in science, technology, engineering and mathematics, or languages and entrepreneurship.

For example, Fuchun Secondary students learn coding and apply these skills to program robots; pupils at Teck Whye Primary School fiddle with 3D printing to create products such as a "claw" to reach for objects or a robotic arm for those with arm injuries.

"There are no tests or exams," said Mr Ng. "Students learn through experimentation - they try, fail, learn from it and try again."