Retailers in the open electricity market are "thoroughly vetted and have to satisfy a stringent set of requirements" before they can serve customers, said Senior Parliamentary Secretary for Trade and Industry Tan Wu Meng yesterday.

He also said that when retailers quit the market, they are expected to pass on their customers to other power sellers on the same terms and conditions.

Dr Tan told the parliamentary debate on his ministry's budget: "Under the open electricity market, households and small businesses now have more choices. At the same time, we will ensure consumers' interests are protected."

He was responding to Workers' Party chief Pritam Singh (Aljunied GRC), who asked what had gone wrong with Red Dot Power, which had gone through the regulatory process.

Red Dot Power left the market in January in what it termed a "financially challenging period".

It had signed up about 3,000 customers - including 120 households - and all accounts had to be transferred back to government-owned SP Group.

Electricity prices offered by these retailers are typically lower than SP Group's rates. 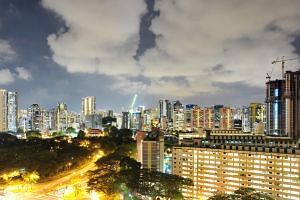 Singapore customers able to choose electricity supplier from November: How does it work

He asked what recourse was there for households when electricity retailers unilaterally decide to terminate the contracts.

Dr Tan said the Energy Market Authority had safeguards to prevent retailers from unilaterally terminating contracts unless consumers breached contract terms or if a retailer quit the electricity market.

In a statement yesterday, the authority said retailers were also required to safeguard all security deposits collected from households and show sufficient financial risk management plans.

Mr Singh asked if there would be any compensation for customers if the retailer could not find an alternative supplier at the same price.

Dr Tan said there was no loss as households would have obtained savings from discounted rates up to the point the retailer quit the market.

"From the viewpoint of a household consumer, one of the key objectives in the open electricity market is that in the event a retailer exits, that household continues to receive electricity," he added.

The exiting retailer should try to find an alternative supplier on the same terms, with the SP Group as the "last resort".

Even then, the consumer still has a choice to pick another supplier, Dr Tan said.