SINGAPORE - Around the world, major powers that were once traditional allies are now at loggerheads, threatening global prosperity and stability.

The Americans and Europeans have long been firm friends but are now arguing over trade and defence spending, while the Americans and the Chinese, who have the most important bilateral relationship in the world, are waging a trade war.

Such is the "unprecedented situation" that the world is now in, said Prime Minister Lee Hsien Loong in his National Day Rally speech on Sunday (Aug 19).

"We cannot be confident that the major powers will continue to work with one another, and that the existing international system which has held the world together for so long will still hold," Mr Lee said.

"We do not know whether after a while new rules and norms for international cooperation will form, or whether there will be prolonged tension and suspicion, mutual rivalries and hostile blocs."

The world is at a turning point, he said.

"We hope all countries will act with restraint and wisdom, overcome the current challenges, and find a new way to move forward together."

Surveying the external environment at the start of the English portion of his rally speech, Mr Lee also noted how global trade fictions will affect Singapore.

Openness, globalisation and free trade have come under pressure as the United States, which used to promote free trade and the free movement of people, imposes tariffs on imports from other countries, including European Union countries, Canada, Mexico and China. 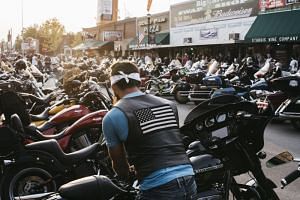 EU slaps revenge tariffs on US: Bourbon, blue jeans and steel on the list

We are in a very, very grave period: Henry Kissinger

"These countries are retaliating, imposing their own tariffs on US exports like soybeans, bourbon, blue jeans and Harley-Davidson motorcycles," Mr Lee said.

There are no winners in a trade war, he said.

Small and open economies are especially vulnerable, he added, and Singapore will suffer collateral damage.

While highlighting these uncertainties, Mr Lee noted that Singapore played a part this year in a major international event - the summit between US President Donald Trump and North Korean leader Kim Jong Un in June.

While Singapore was not involved in the discussions, it had a big responsibility to ensure the summit proceeded smoothly and safely, he said.

The US and North Korea chose Singapore as host because they considered the Republic to be a serious and reliable partner, Mr Lee said.

"We are friendly and straight with all parties, and both trusted us to have the infrastructure and capability to provide a safe and secure environment."

It was a daunting task but Singapore rose to the challenge, he added.

"We have every reason to feel proud of ourselves." 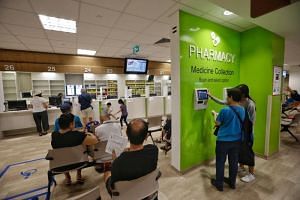