Eurasians ought to be considered as a separate racial group for the purpose of the elected presidency moving forward, so that elections can be reserved for the community if there has not been a Eurasian president for a period of time, said Ms Joan Pereira (Tanjong Pagar GRC) in Parliament yesterday.

"I strongly believe that we Eurasians, being culturally distinct as Asians with European ancestry and heritage, have a unique perspective to contribute to the office of the elected presidency," she added.

Currently, Eurasians are considered part of the "Indians and other minorities" group. This means that in a reserved election for the group, Eurasians, Indians or other eligible minorities can take part.

The first-term Eurasian MP said that even though Eurasians have been categorised as "others", she had never felt excluded nor discriminated against.

Rather, she felt that "by bringing something different to the table, we can help enrich the office of the elected presidency".

"As the embodiment of East-West unions, we are also living testimonies of inter-racial, cultural and religious harmony and unity," she said.

She also suggested that the Council of Presidential Advisers should include at least a member of each major racial group and at least one woman, adding this will provide a diversity of perspectives.

Supporting the provision to ensure minority representation, she said: "The importance of symbolism... is worth upholding." 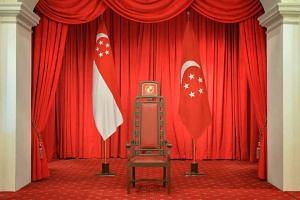 Singapore's next president set to be Malay 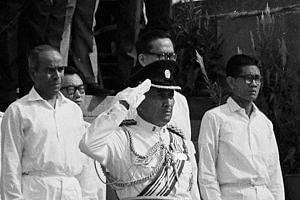 Mr Darryl David (Ang Mo Kio GRC),also speaking about the president's symbolism, said it is undesirable for a particular ethnic group to go for years without a president.

He added that reserved elections do not compromise the values of equality and meritocracy, but are an acknowledgement that the "core Singapore values" of multiracialism and meritocracy can co-exist.

Responding to the suggestion of pulling Eurasians out of the "Indian and others" group, as well as to a query by Dr Fatimah Lateef (Marine Parade GRC) on how individuals of mixed heritage would be classified, Deputy Prime Minister Teo Chee Hean said the classifications would follow the mechanics of the group representation constituency system.

"The framework has worked well," he said. "Any person who does not fall within one of the three racial groupings may still contest in open elections," he said.