Debt-laden water treatment company Hyflux and its subsidiary Tuaspring Pte Ltd will not be bailed out by the Government.

Environment and Water Resources Minister Masagos Zulkifli said in Parliament yesterday that while the Government can understand the concerns and anxieties of retail investors, it "cannot use taxpayers' money to help investors recoup their investment losses".

Responding to Mr Seah Kian Peng (Marine Parade GRC), Mr Masagos noted that as Maybank is the only secured creditor of Tuaspring, it will receive payments before all other general creditors, including national water agency PUB.

He also said that "investors in search of returns must understand that returns come with some risk".

Hyflux faces the prospect of selling its Tuaspring desalination plant to PUB for zero dollars if it fails to rectify defaults at the plant by April 30.

Mr Masagos said the plant's purchase price will be determined later by an independent valuer in accordance with a water purchase agreement. The price is negative based on current valuation, he added.

This means Tuaspring would have to pay PUB a compensation sum for taking over the plant.

But Mr Masagos made the point that PUB is unlikely to recover the compensation sum from Tuaspring, given its financial position.

The water agency has therefore said that it is willing to waive the compensation sum and purchase the plant at zero dollars, he added.

Mr Masagos replied that the Government could "stress Hyflux even further", but may not get anything at the end of the process.

"Therefore, we have made the decision that because we are likely not to get anything... we have decided not to claim for the compensation," he said.

The minister also stressed that PUB's actions do not weaken either Tuaspring or Hyflux, nor do they disadvantage those who have invested in Hyflux. Rather, it is quite favourable to Tuaspring, he said. 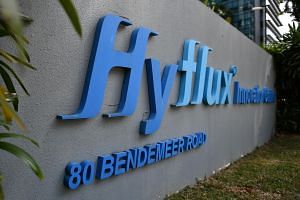 Restructuring does not stop any investigation into Hyflux: Sias chief

He noted that Tuaspring has had difficulties fulfilling its ob-ligations under the water pur-chase agreement since 2017, including failing to keep the plant reliably operational.

More recently, it also failed to produce financial evidence to demonstrate its ability to keep the plant running for the next six months.

PUB gave Tuaspring time to try and resolve its problems, but the water agency's concerns have been growing over time, he said.

Should Tuaspring fail to remedy the defaults, PUB will terminate the agreement and take over the plant.

"This is to ensure that a critical asset remains in safe hands, and avoids uncertainty over the operations of the desalination plant," Mr Masagos said.

Workers' Party chief Pritam Singh (Aljunied GRC)asked if public safety was compromised when Hyflux could not replace poorly performing membranes in 2017, which in turn affected the quality and quantity of water it produced.

Mr Masagos said PUB conducts "many, many tests in our water system to ensure water safety", and it is certain the water supplied to consumers is safe to drink and use.

He also defended the public-private partnership (PPP) model employed for the construction of the Tuaspring desalination plant.

"The current situation with Hyflux does not mean that we should dismiss the PPP model altogether as our other PPP projects are working well," he said.

Three out of five Newater plants and two out of three desalination plants, including Tuaspring, are based on the PPP model.

PUB has put in contractual safeguards to ensure water security is never compromised, he added. In fact, Tuaspring provides an example of how these safeguards are robust and have served their purpose, he said, adding that the Government will continue to study ways to strengthen these protections.

He also said the authorities will continue to keep an eye on companies' financial ability to support their operations.

A version of this article appeared in the print edition of The Straits Times on April 02, 2019, with the headline 'Masagos: No govt bailout for Hyflux and Tuaspring'. Subscribe
Topics:
More
Whatsapp Linkedin FB Messenger Telegram Reddit WeChat Pinterest Print Purchase Article Copy permalink