With many of Asean's largest cities located in low-lying coastal areas, climate change and rising sea levels would have a catastrophic impact on the region's economies and people.

With this in mind, Deputy Prime Minister Teo Chee Hean said yesterday that Asean's Members of Parliament play a critical role in the collective push to deal with climate change.

He urged MPs from around the region to focus on building a climate-resilient Asean during his opening address at the 39th Asean Inter-Parliamentary Assembly (Aipa) General Assembly at the Raffles City Convention Centre.

Mr Teo cited an Asian Development Bank report that said regional temperatures could rise by around 6 deg C by 2100 if no significant action is taken to reduce global greenhouse gas emissions.

"Domestic support in each of our countries is crucial for the implementation of climate initiatives. In both your roles as intermediaries between the political leadership and our people, and as bridges between the peoples of different countries, your support is key," Mr Teo said.

Building a climate-resilient Asean was one of four areas that Mr Teo said Aipa could focus on.

Singapore is Asean chairman this year, and its priorities are to strengthen the regional bloc's resilience and ability to innovate. 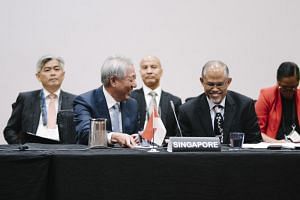 Asean must work together to deal with climate change: DPM Teo Chee Hean 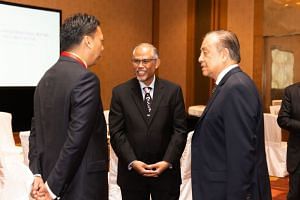 Singapore to offer programmes in climate change to Asean: Masagos

The Republic last hosted the Aipa General Assembly in 2008. The regional parliamentary organisation comprises the Parliaments of all 10 Asean member states.

Mr Teo noted that Asean's platforms continue to attract attention and interest from countries beyond the bloc, underlining its centrality in the region's affairs. "Our unity gives us weight and relevance," he added.

Pointing to rapid shifts in the geopolitical landscape, he said Asean's continued centrality cannot be taken for granted.

Mr Teo said Aipa can help foster a more cohesive Asean, and that building stronger parliamentary ties will in turn strengthen the regional bloc's resilience against emerging security challenges at all levels.

Calling on MPs to play a role in building a more connected Asean, he said the bloc must continue to position itself as a champion for free trade at a time when some countries are rejecting the open and rules-based multilateral trading system.

Asean has benefited immensely from the network of free and open markets, he noted.

"Our continued growth as a region heavily depends on us remaining so. We must avoid the temptation to regress, or look inward, or implement protectionist policies in our own countries. This will set us back," he said.

Mr Teo also urged MPs to encourage a mindset of creativity and innovation among their people so they can ride the wave of changes brought about by the digital revolution. "Aipa's contributions to Asean's future cannot be understated. As parliamentarians, your support for the Asean project is vital against this backdrop of uncertainty and change," he said.

During the General Assembly, which concludes on Friday, various Asean parliamentary delegations will take part in meetings to discuss a broad range of issues.