SINGAPORE - For many months, the fourth-generation team in the People's Action Party (PAP) deliberated over who they should pick to lead them.

They eventually reached a consensus on Finance Minister Heng Swee Keat, 57. He was informed of their decision one month ago, which he accepted.

The narrative of how the PAP's 4G team made their choice emerged on Friday (Nov 23) at a media conference helmed by Mr Heng and his deputy, Trade and Industry Minister Chan Chun Sing, 49.

Mr Heng said neither he nor Mr Chan were involved in the discussions. Both were the front runners to lead the ruling party into the future, and have since been picked as the PAP's first and second assistant secretary-general respectively.

Mr Heng said that after he was informed of their decision, he asked Mr Chan to be his deputy and "Chun Sing agreed very quickly".

Leadership renewal had always been a critical matter for the PAP, but was cast in the spotlight last year when Emeritus Senior Minister Goh Chok Tong wrote in a Facebook post on New Year's Eve that he hoped the 4G cohort could pick a leader in six to nine months' time.

Responding several days later, the 4G leaders said they would pick a leader among themselves "in good time".

PM Lee had earlier said he intends to hand over the reins of government to his successor by the time he turns 70, which will be in 2022.

Mr Heng said the 4G team had been discussing the issue of succession even before they issued their response to ESM Goh in January.

Speaking to reporters after the media conference on Friday, Minister in the Prime Minister's Office Indranee Rajah said the selection process was amicable and friendly.

She said Mr Heng has the ability to "draw everybody in and move forward as a team".

"We wanted to make sure that we had the best team possible and we felt that Swee Keat would be a very good team leader, and Chun Sing also had very complementary strengths," She added. "We were happy that Swee Keat had asked Chun Sing to be his deputy."

On why the process took so long, Ms Indranee highlighted the need to give the team opportunities to work together, consult each other, and have time for their views to be reflected.

"I wouldn't say it was a difficult process, but it was a process that was considered, deliberate, step by step," she said.

Senior Minister of State for Defence and Foreign Affairs Maliki Osman noted that Mr Heng has worked closely with many 4G leaders, and demonstrated his consultative approach and leadership.

"All of us are very confident that he will be able to lead us moving forward," he said.

Education Minister Ong Ye Kung, who was earlier regarded as one of the front runners to be the next PM, extended his heartiest congratulations to Mr Heng and Mr Chan, and said he is delighted that the 4G team has a consensus on its leaders.

"Today is a milestone in our leadership transition process, which is a hallmark of our political system," he wrote on Facebook.

"It is all hands on deck. The stakes are high, we have a lot to do. I look forward to working with my colleagues and all fellow Singaporeans to make our home a better place," Mr Ong added.

Political analyst Mustafa Izzuddin reckons Mr Heng pipped Mr Chan to the post of first assistant secretary-general due in part to his seniority and greater experience.

"Hand over heart, I can say that he is the best man to lead us on the next phase of our journey," he said.

Meanwhile, Mr Chan is a consummate officer and gentleman with a deep commitment to Singapore, and an excellent person to have in a crisis, Dr Balakrishnan added.

Deputy Prime Minister Teo Chee Hean said Mr Heng is a man of integrity and ability who places service to Singapore before self, while Mr Chan is resolute, steadfast and will provide invaluable support.

Asked if both he and Mr Chan will be named DPMs at the next Cabinet reshuffle, Mr Heng said that decision is for PM Lee to make.

As for whether he will succeed PM Lee as Singapore's fourth prime minister, Mr Heng said it is critical for the 4G team to win the support of Singaporeans.

"The PM has indicated the timeline for the next general election, so we are working hard to win the trust, confidence and support of Singaporeans," Mr Heng added. 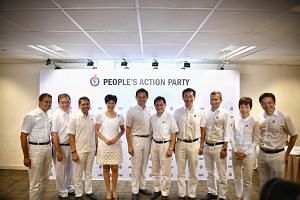 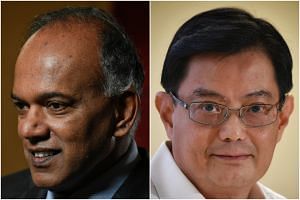 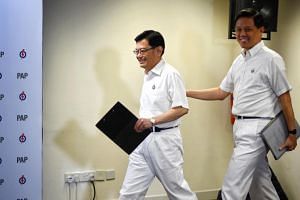 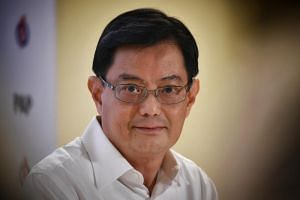 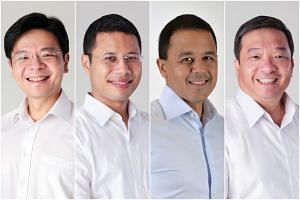 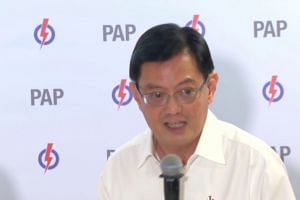 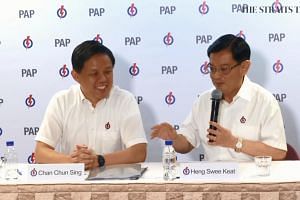 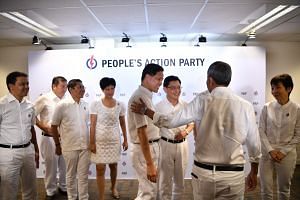 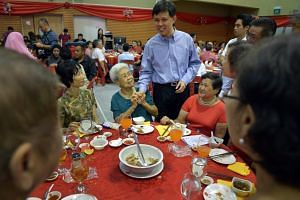 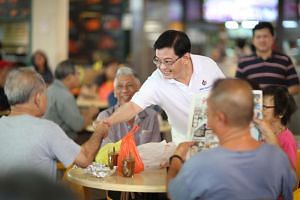