SINGAPORE - As Indonesia gears up for a series of elections culminating in the presidential election next year, a community network against falsehoods is launching what it calls hoax crisis centres next month.

These hoax crisis centres will be set up in three provinces, as part of measures being lined up by Mafindo to identify and debunk falsehoods during election season in Indonesia.

Another possible measure is a “custom search engine” featuring the Google platform but listing only legitimate sites such as that of registered media organisations. Said Mr Septiaji: “This is the approach we are going to advocate to the people – using a clean search engine.”

On Friday (March 16), Mr Septiaji shared details of these efforts with the Select Committee on Deliberate Online Falsehoods on the third day of public hearings.

He agreed with Select Committee member Sun Xueling, MP for Pasir Ris-Punggol GRC, that the potential spread of falsehoods in an election year could lead to chaos and affect elections.

"In elections where there are racial and religious tensions, (the propensity for) misinformation is much higher. In our elections this year, we're going to see such a trend as well," he said.

In April next year, Indonesians will be voting for their president. In the lead-up, regional elections will be held in June this year to select governors in 17 provinces, mayors of 39 cities and heads of 115 regencies. 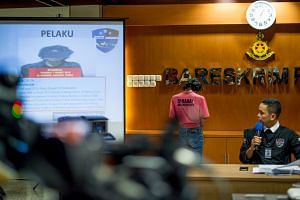 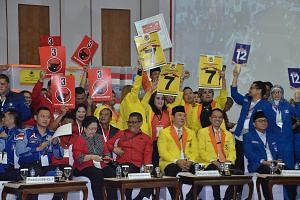 Election season gets going in Indonesia

While Mafindo already has 300 volunteers in 15 cities, Mr Septiaji stressed the need to involve more people on the ground as well as to work closely with journalists, the police and other parties to identify falsehoods and disseminate clarifications.

But Mr Septiaji conceded that there may be obstacles to taking down online falsehoods.

He noted that technology companies like Google hold a standard of net neutrality - meaning they may not remove content though they allow third parties to flag misinformation.

Still, in cases involving "dangerous" material - such as the live-streaming of suicide attempts on Facebook - it is possible to intervene to take the post down. He added such intervention could be considered, among moves to curb the spread of harmful falsehoods.