The Advertising Standards Authority of Singapore (Asas) plans to issue a recommendation that marketers take special care when their projects involve race and ethnicity, following the furore over a recent "brownface" advertisement.

The recommendation will be incorporated into the Singapore Code of Advertising Practice (Scap), which is being reviewed, Asas chairman Ang Peng Hwa told The Sunday Times on Friday.

Professor Ang said Asas made the decision at its regular council meeting on Wednesday.

The ad featured Mediacorp actor and DJ Dennis Chew portraying characters such as a woman in a tudung and a man with visibly darker skin.

Nets, Mediacorp and Havas have apologised for the hurt caused by the ad.

While the ad was found to be in poor taste, it did not breach the Scap, Asas' council found. Moreover, the ad did not explicitly put down any ethnic groups or employ harmful stereotypes, and Havas had explained that this was not its intent.

The Scap has a section devoted to social values which stipulates that an ad should not jeopardise inter-ethnic understanding or discriminate against any ethnic group or religion, among others. 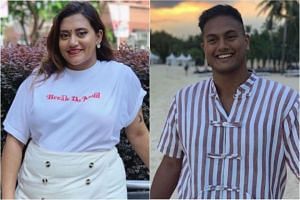 He said Asas had been reviewing the Scap for a few months now and intends to complete it later this year. The last major revision was in 2008. The upcoming Scap will also include guidelines for advertising in the digital space, like on social media.

Police reports have been made against the "brownface" ad, and a rap video on racism, which was produced in response to it. The rap video, created by local YouTuber Preeti Nair and her brother, rapper Subhas Nair, is also under police investigation.

A version of this article appeared in the print edition of The Sunday Times on August 04, 2019, with the headline 'Guideline to ensure careful use of race, ethnicity in ads'. Subscribe
Topics:
More
Whatsapp Linkedin FB Messenger Telegram Reddit WeChat Pinterest Print Purchase Article Copy permalink