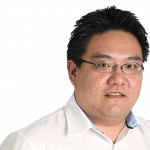 It was a telling moment during the debate on changes to the Criminal Law (Temporary Provisions) Act when Mr K. Shanmugam said: "I was coming to deal with one set of issues and, suddenly, a different set... was raised."

Indeed, the Law and Home Affairs Minister would be forgiven for thinking that he had turned up for the wrong exam. He came prepared to engage MPs on the substance and the philosophical issues of a controversial law - one that, after all, puts accused persons behind bars without trial.

But the Workers' Party (WP) chose not to spar the Government on big questions like: Is the law needed? And for how long more?

As with past debates on the law, its MPs said they were broadly satisfied with the need for the law, which deals with defendants for whom trials are difficult due to the fear witnesses have of reprisals. The law has existed since 1955, but needs re-approval every five years.

Instead, the WP MPs zeroed in on whether judicial reviews would be constrained by a new clause that says the minister's decision on a detention is "final", and whether a new listing of the types of activities dealt with under the law would expand the minister's powers.

Remove these two insertions, and the WP is prepared to vote for the changes, as it did in the past, said party chairman Sylvia Lim.

Taken by surprise initially, Mr Shanmugam recovered, held his own and stood his ground.

On fears that the finality clause could constrain judicial review, he said nothing has changed.

The courts in a recent case accepted the finality of the minister's call on case facts: A review of the evidential basis of those facts could not be done.

But a detainee does have a right to judicial review over whether the Government's decision was illegal, irrational or procedurally improper - so long as the facts are not challenged. This right remains with the new clause, he asserted.

On the activities list, he made the same point: It changed nothing.

The new listing makes clear for the first time what could cause someone to run afoul of the law - trafficking drugs, gang rape, kidnapping and organised crime, among others.

Ms Lim argued that this list may result in detentions over less serious activities than in the past, if the actions fall within the new list.

In rebuttal, Mr Shanmugam said the same test applied before and after the amendments: A detainee must be deemed a threat to public safety, peace and good order here. The only change is that on top of this "public order" test, he must also have engaged in a listed activity which, if anything, narrows the law's scope, he added.

Towards the end of the debate, WP secretary-general Low Thia Khiang summed up his party's objections - made by fellow Aljunied GRC MPs Ms Lim and Mr Pritam Singh and by WP Non-Constituency MP Dennis Tan - in his characteristically pithy way: If the changes to the law had "no effect... then why amend something unnecessarily?"

Mr Shanmugam's answer, in essence, was: It is good for all - not least detainees - for the position to be stated clearly and in codified statute, for avoidance of doubt.

Throughout the debate, each seemed to place the onus on the other to prove its case conclusively.

The WP did not make a full case on why the two amendments were problematic, hinting only at how they might bring unexpected problems. They wanted the Government to show why the changes were needed.

Mr Shanmugam, too, did not make a full case on why the amendments were important, except to say that they clarified the position. He wanted Ms Lim and company to show why the changes were bad. Meanwhile, Mr Tan wrangled an admission from Mr Shanmugam that he had changed his position on judicial review. He dug up a 1989 speech by the then first-term backbencher, calling for court reviews of detention extensions.

The minister explained his change of heart: A court review would come up against the same problem all over again - the fear of reprisals. Adding that he was just 30 during his 1989 speech, he said to laughter from the House: "I am 30 years older today."

Another interesting moment was when Deputy Prime Minister Teo Chee Hean passed his tablet to Mr Shanmugam to show him a news report of a Sydney gangster who would not give evidence against a rival gang that killed his son.

Mr Shanmugam used the example later, and it was one of the more vivid examples in support of the need for the law. The episode also showed how older ministers had much to contribute, and brought to mind Mr Teo's comments last month that he hoped the fourth-generation leadership would see the value of older ministers staying on in the Cabinet in some capacity.

More excitement came with the vote on the changes. The WP called for individual votes to be recorded, at the second and third stages of the amendments' passage through the House. The two sides voted along party lines, while four Nominated MPs voted "yes", two voted "no", and two abstained.

There was some confusion when the computer misrecorded and mixed up the votes of Senior Parliamentary Secretary Faishal Ibrahim and Aljunied GRC MP Faisal Manap. DPM Tharman Shanmugaratnam's vote was also not recorded at the second round of voting and he had to verbally flag to the Speaker that he meant to cast a "yes" vote.

And so, after much drama, the changes were carried. The law on criminal detentions without trial - which was due to expire next year - will now continue until 2024.

A version of this article appeared in the print edition of The Straits Times on February 07, 2018, with the headline Government, Workers' Party spar over criminal detention law . Subscribe