SINGAPORE - The campaign messages of eight political parties contesting in the coming general election were broadcast on Thursday night (Sept 3).

Political parties that are fielding at least six candidates were eligible for air-time to broadcast their messages in four languages. There will be another broadcast on Sept 10.

All parties except the People's Power Party, which is fielding four candidates, were eligible this election.

The English broadcasts on Thursday were aired at 10pm on Channel 5, and on two radio channels - 93.8 Live and Power98FM. There was also a broadcast on Channel NewsAsia at 11pm.

Speeches in other languages were broadcast on other channels between 9pm to 11.45pm.

Here is the National Solidarity Party's English message in full:

BY MR LIM TEAN, SECRETARY-GENERAL OF THE NSP

This election presents Singapore with the clearest political choice of half a century.

It is your choice between two fundamentally different philosophies of government and Singapore's future. It is about whether Singaporeans deserve better from their Government.

Over the years, our opponents have distilled the principle of government down to one phrase; profit at all cost. Our national transportation has been privatised, our essential train and bus services are in the hands of the few, accountable only to their shareholders. Singaporeans are denied the right to a minimum wage, but cheap foreign labour is allowed in large numbers.

Singaporeans are told there is little that Government can do when they lose their lower- and middle-income jobs to foreigners. That this is globalisation at work. The promise to return CPF personal life savings at age 55 has been broken.

Today, Singaporeans are having to live with the consequences of our opponents' costly social and economic experiments. Trains that break down regularly. A grossly inadequate number of hospital beds. Our highly educated middle-income professionals having to retrench because of job losses to so-called "foreign talent". The most expensive city in the world, where the relentless rising cost of living punishes everyone except the rich.

Their policies are tearing apart the fabric of this country. Under this Government the Singaporean has become a tenant in his own country, with a Government that works against him and not for him. 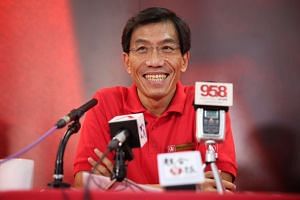 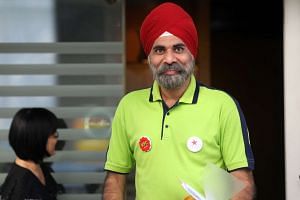 We will fight for the CPF personal life savings to be returned to Singaporeans as originally promised so that Singaporeans will have enough to live comfortably in their later years, so that the Muslim family can use some of this money if needed to go on the Haj or Umroh.

We will fight to narrow the massive inequality gap in Singapore. To that end, we will fight in Parliament for the right of every Singapore family which does not live in private property to buy at cost plus a HDB apartment and also another HDB apartment on the resale market. We will always keep faith with our fellow Singaporeans who are our only natural resource and who built this nation.

September 11th is polling day. We ask you to exercise your great moral responsibility to change the direction of this country and to vote for the National Solidarity Party, because Singaporeans deserve better.