SINGAPORE - Facebook admitted it should have told users earlier about a breach of its policies, when its Asia-Pacific vice-president of public policy appeared before Singapore's Select Committee on Deliberate Online Falsehoods on Thursday (March 22).

Quizzed by Home Affairs and Law Minister K. Shanmugam on the alleged misuse of Facebook data by political consultancy Cambridge Analytica in the 2016 US presidential election, Mr Simon Milner agreed that Facebook did have a "moral obligation" to inform users earlier that their data had been breached between 2014 and 2015 by the British firm.

Cambridge University researcher Aleksandr Kogan was said to have used an app to extract the information of more than 50 million users, transferring it to Cambridge Analytica for commercial and political use, according to media reports. By allegedly accessing the profiles, the data mining company could infer the political preferences of United States voters and target personalised messages at them to benefit Republican candidate Donald Trump.

Mr Zuckerberg said in a post on his official account in the wee hours of Thursday (Singapore time) that there was "a breach of trust between Facebook and the people who share their data with us and expect us to protect it".

He added it was something the company needed to fix.

During the hearing, when asked if further steps should have been taken to verify that data accessed by developers had been deleted after users stop using the app, Mr Milner said: "With hindsight, we wish we'd done that.

"That's one of the lessons for us, as to why we're now going to audit all other apps and not just going to take their affirmation... that they have deleted data and not passed it on," said Mr Milner, who said he has also provided evidence to Parliaments in three other countries, including Britain. 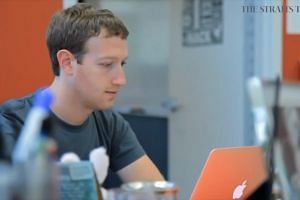 However, he did not have an answer to why Facebook did not tell users of the breach earlier, saying he would not speculate on the reason as he had not been involved in the decision making.

In a lengthy  exchange  with Mr Shanmugam, who is a Select Committee member,  that got testy at times, Mr Milner was questioned on whether he had given “full and frank” answers before the British parliament last month.

Mr Milner had previously told British MPs on a select committee inquiry into fake news, chaired by MP Damian Collins, that Cambridge Analytica did not have Facebook data.

Mr Milner stressed repeatedly to Mr Shanmugam that he was “giving truthful answers” to the committee based on what he knew at the time, but later conceded that he could have provided a fuller response.

In their written submissions to the committee, Facebook and Twitter expressed concerns about a possible move by Singapore to introduce new legislation to deal with the problem of fake news.

Ms Kathleen Reen, Twitter's director of Public Policy for Asia Pacific, wrote: "No single company, governmental or non-governmental actor, should be the arbiter of truth."

She added: "Instead, we see journalists, experts and engaged citizens tweeting side-by-side to affirm, correct and challenge public discourse in seconds."

Similarly, Mr Alvin Tan, Facebook's head of public policy for South-east Asia, said it does not believe legislation is the best approach, noting that Singapore already has laws to address hate speech and the spread of false news.

"Prescriptive legislation and requirements would make it harder for us and other online platforms to find the right technical solutions, consumer messaging and policies to address this shared challenge," he said.

Mr Tan also noted that Facebook is making efforts to remove fake accounts and introduce transparency in advertising, among other measures. It aims to allow users to view all advertisements that any page is running by end-2018, even if they are not in the audience for these promotions, he added.

At the hearing, Mr Milner thanked Mr Shanmugam for his queries on the issue, adding: “We are having to make amends for significant mistakes.”

Mr Milner said: "I hope you see from the statement from our CEO overnight... there is determination from the very top to figure out what went wrong, to correct it, and to make sure it doesn't happen again."