Bukit Batok MP David Ong had to step down after he admitted to a personal indiscretion as the People's Action Party (PAP) has standards to uphold, party Whip Chan Chun Sing said yesterday.

"We have taken very decisive action from the time we knew of this very unfortunate incident," he said.

Mr Chan, who is Minister in the Prime Minister's Office and secretary-general of the National Trades Union Congress (NTUC), was speaking to reporters at a Chingay event in Tanjong Pagar GRC.

He was asked, among other things, about how the PAP views an MP's personal conduct and its impact on his constituency work.

Mr Ong, 54, is said to have had an extramarital affair with a married woman, a grassroots activist in his constituency. 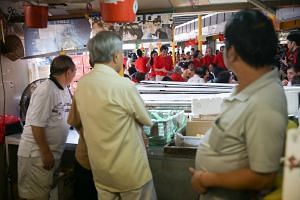 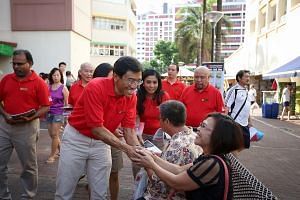 In a statement on Mr Ong's resignation last Saturday, Prime Minister Lee Hsien Loong had said it was in the best interest of the constituents, the party and Mr Ong's family.

PM Lee also said that a by-election will be called "in due course" in Bukit Batok.

Last night, Mr Chan said the PAP acknowledged that Mr Ong and his team "served the residents to the best of their abilities".

"But there are standards that the party also wants to uphold, and we have been consistent all this while," he added.

When asked about the PAP's candidate selection process, given that Mr Ong's resignation comes six months after the September 2015 General Election, Mr Chan said there is always room for improvement.

"As a system, we must never be complacent. We must make sure that we continue to keep our eyes and ears on the ground and make sure we check our blind spots constantly," he said.

He added that while the PAP aims to minimise such incidents, equally important is how the party reacts when faced with such wrongdoing.

"Circumstances themselves will not necessarily define us - how we respond to circumstances will define us. We want to do the right thing for the residents, for the country. That is what people have come to expect of us," he said.

Mr Chan said this was also why the PAP moved quickly to make sure residents are taken care of by appointing Jurong GRC MP Desmond Lee as the PAP branch chairman in Bukit Batok, as well as adviser to its grassroots organisations.

Party activists and MPs from the adjacent divisions will also chip in to help, Mr Chan added.

He declined to comment on the timing of the by-election to fill the seat, who will be fielded or on opposition interest in the seat.

He said the focus should be on serving the residents at the local level, as well as keeping an eye on national challenges such as economic and security issues.

"The economy is slowing down. We have the latent security challenges. There are many things we have to focus on in building the infrastructure for the next lap," he said.

Mr Chan added that he was sure PM Lee will pick an appropriate date for the by-election, taking into account national priorities that the country has to grapple with.

He did not specify when the PAP got wind of Mr Ong's problems, saying only that the party acted "in a very short time".

Mr Chan also hoped that the children involved in this episode will not be affected, and urged the media to be mindful of this.

He said: "Whatever the adults do, we should try our very best to never harm the children's interest."