When high-flying corporate lawyer Chen Show Mao entered politics as a Workers' Party (WP) candidate in 2011, many believed his academic and professional calibre heralded a new dawn for the opposition.

Five years later, he has indeed shaken up opposition politics, though not quite in the way that had been anticipated.

Instead, Mr Chen took on WP chief Low Thia Khiang for the secretary-general position during a party conference in May - the audacious bid made history as the first challenge Mr Low has ever faced since taking over the helm of the party in 2001.

And though Mr Low successfully defended his position, his winning margin of 61 votes to Mr Chen's 45 upended the assumption that he enjoyed unanimous backing as party chief. 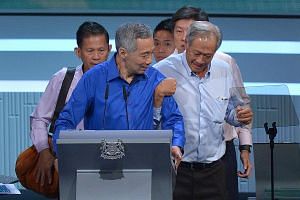 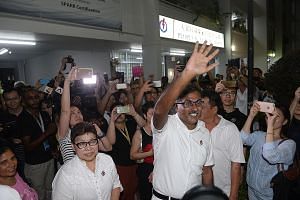 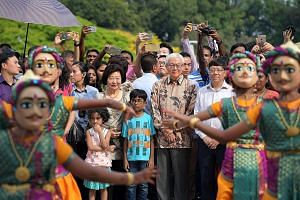 Race and its place in the presidency

The feat should have cemented Mr Low's place as the undisputed leader of the party.

That a sizeable number of party cadres did not back Mr Low - who has been an MP for 25 years and was the party's sole elected member in the House for most of that time - made some question the stability of the party, deemed the most successful opposition player around.

Some WP cadres who voted against Mr Low were reportedly disgruntled that they were not consulted on important matters, such as the party's election manifesto and its selection of electoral candidates.

In Mr Chen, they found a conduit to signal their discontent.

Mr Chen has not stated his reasons for mounting the leadership challenge, characterising his actions as merely allowing cadres to exercise their democratic choice.

Party insiders said he contemplated throwing his hat into the ring in 2014, but decided against it after counting his votes and realising he did not have enough to prevail over Mr Low.

The other question that Mr Chen has not answered is whether he will make a second bid to be party chief during the next round of internal party elections due in 2018.

If so, his cause is not helped by his reticence in Parliament.

When he was elected in 2011, his qualifications led political observers to believe that he would raise the level of debate that the opposition could bring to Parliament.

But after five years as MP, even his WP colleagues privately acknowledge that his performance in the House has been lacklustre and has not helped raise his national profile.

Still, his nearly 43 per cent showing against Mr Low at the party conference could embolden him enough to try again in two years.

For Mr Low, he will have the next two years to win over factions of the party that did not approve of his leadership.

But more importantly, he must stem public perception that there is a rift between him and his fellow Aljunied GRC MP, as any perceived disunity could pull down the party's votes in the next general election.

This leadership challenge itself may not affect Mr Low's political legacy, but losing his crowning achievement in winning Aljunied GRC certainly would.

Mr Low already has his hands full, with the WP trying to clean up the accounts of the town council it runs, and the PAP criticising his party's handling of the saga.

While he is a seasoned politician and has ample experience dealing with the ruling party, he will now have to do so with one eye firmly watching his back.