SINGAPORE - The Bukit Batok by-election will be held on May 7, and will see residents of the constituency heading to the polls for the second time in eight months.

Nomination Day will be April 27, and the nomination centre will be Keming Primary School.

It will be followed by nine days of campaigning and the mandatory cooling-off day on May 6, before polling stations open the following day for residents to cast their votes.

Prime Minister Lee Hsien Loong, who is currently in the Middle East on a working visit, said in a Facebook post that Deputy Prime Minister Teo Chee Hean had advised the President to issue the writ in his capacity as acting Prime Minister.

"Now that the Budget is out of the way, we are calling this by-election to enable residents of Bukit Batok to have their own MP as we work together to improve Singaporeans’ lives," Mr Lee wrote.

"Partnership between Government and citizens is key to our success. I hope Bukit Batok residents will elect the candidate who will be concerned for their welfare, represent them ably in Parliament, and make Bukit Batok the best home for them."

Barring any surprises, the contest for the single-member constituency is expected to be kept between the ruling People's Action Party (PAP), who are defending the seat, and the Singapore Democratic Party (SDP).

The by-election was called after the shock resignation of sitting PAP MP David Ong on March 12 over a "personal indiscretion". It was later revealed that the 54-year-old had an extramarital affair with Ms Wendy Lim, 41, a grassroots leader in his ward.

PM Lee had responded to Mr Ong's resignation by announcing that a by-election would be held "in due course".

He appointed Minister of State and Jurong GRC MP Desmond Lee as acting MP for the ward, while another Jurong MP, Mr Ang Wei Neng, took over Mr Ong's duties as chairman of Jurong-Clementi Town Council. 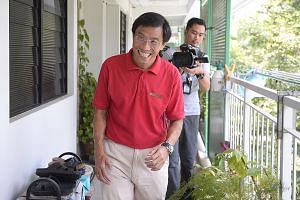 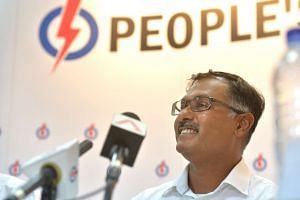 The SDP was swift in declaring its intention to contest the election, and named secretary-general Chee Soon Juan, 53, who ran in Holland-Bukit Timah GRC at last September's General Election, as its candidate on March 20.

Other opposition parties subsequently ruled out running for the seat, with some stating their desire to see a one-on-one contest between the SDP and PAP.

A day later on March 21, the PAP announced lawyer Murali Pillai as its choice to defend the ward. Mr Pillai, 48, had been part of a five-member Aljunied GRC team that lost narrowly to the Workers' Party at the last election.

Created in 1972, Bukit Batok SMC was absorbed into Bukit Timah GRC in 1997, before becoming part of Jurong GRC in 2001. It was carved out again as a single-seat ward before the 2015 General Election.

Mr Ong, who became the ward's MP in 2011, had been in a three-way contest against the SDP's Sadasivam Veriyah and independent candidate Samir Salim Neji.

He won with 73 per cent of the vote, with Mr Veriyah and Mr Samir garnering 26.4 and 0.6 per cent respectively.

According to the latest updated figures on the Elections Department's website, there are 25,616 eligible voters in the constituency.