SINGAPORE - The Aljunied-Hougang Town Council (AHTC) has resolved all financial and governance lapses flagged in past audits, said its independent auditor KPMG.

In a statement, the Workers' Party said it submitted the 23rd and final KPMG monthly report to the Housing Board on Thursday (Feb 15), bringing the nearly two-year review to a close.

KPMG was appointed in March 2016 to look into AHTC's books after the Auditor-General's Office (AGO) found significant governance lapses in a special audit.

The Court of Appeal had directed AHTC to appoint a Big Four accounting firm to help fix its lapses, and ensure compliance with the laws.

In its February report, KPMG said it is reasonably satisfied that "AHTC is compliant with section35(c) of the Town Councils Act", and that all 17 audit points have been resolved.

The 17 lapses spanned governance, financial control, procurement and records, among others. 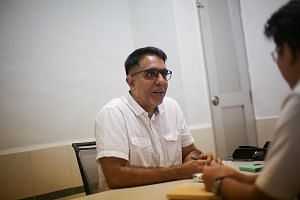 The WP-run town council has adopted various measures to address these issues, including making up for a shortfall in its sinking fund by transferring close to $14 million to it this year.

"AHTC has also appointed an internal auditor to stress-test the town council's controls and procedures including, but not limited to, the new financial system and procurement matters on an on-going basis over the next two years," he added.