Let's not talk about raising taxes in isolation. Let's talk about what kind of society we aspire to live in. 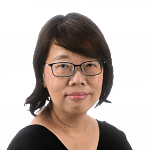 No one likes to pay taxes, so the groundswell of complaints that arose from confirmation of an impending tax hike is perfectly understandable.

Prime Minister Lee Hsien Loong stirred this particular hornet's nest in November at the People's Action Party convention, when he said that tax increases are inevitable as government spending rises.

It wasn't exactly news that taxes in Singapore need to go up. Government spending has exceeded operating revenue for years, and the state has had to rely on investment income from past reserves to make up the difference.

The Government has also explained that it wants to raise social spending - on healthcare as the population is ageing; and on education and preschool.

Ambitious plans are also afoot to upgrade Singapore's infrastructure - expanding the rail network; building a fifth airport terminal; developing a mega port in Tuas, among others. Then there's the money earmarked to help industries cope with digital disruption and workers re-skill for jobs of the future.

The Government has explained the need to raise taxes by pointing to the projected increase in spending.

Critics have in turn said the Government has ample financial reserves to rely on before raising taxes. Some also say it can trim its own expenses - such as slice high public sector pay - before asking people to cough up more.

Meanwhile, any number of analysts are giving their best guess on what aspect of tax is likely to be raised (corporate? personal income? GST? government fees and levies? all of the above?) and by how much, when.

While any tax hike is guaranteed to generate unhappiness, I feel that the ongoing discussion can be raised a notch if both Government and people set their sights on more big picture issues.

The current discussion is piecemeal. Guessing where the tax axe will fall next is like playing whack-a-mole - anytime something pops up, take a wooden mallet and smack it back down. Then lie in wait till the next mole dares raise its head.

Whack-a-mole is a poor model for any discussion on tax policy.

Rather than have episodic bouts of angst every time a tax hike looms, we should be having more long-range discussions about the kind of society we envisage, and what kind of benefits and tax system we all aspire to live under.

After all, taxes are just a means to an end. The state collects taxes so it can spend the money to improve people's lives. Taxes are the means. The end is a fair, thriving society of happy people.

Straits Times reader Jackson Lian alluded to this in his letter to the Forum page published on Dec 8:

"Rather than focusing so much on the costs and needs, the Government can do more to explain the benefits (of a tax hike).

"No, I'm not referring to the obvious ones such as alleviating the burden on the younger generation or better healthcare standards - these are either too dull or pessimistic to be appealing. What we need is a model to aspire towards in order to optimistically present the benefits."

Tax systems are fundamentally about how to structure incentives so people lead productive, yet secure lives. You want to empower people to work hard and businesses to thrive, but you also want to help the vulnerable and less able so they lead dignified lives.

Every tax system in the world needs to straddle that balance between economic productivity and social security. It also has to balance between interests of people across generations, so you don't over-tax people today to save for the future; but neither do you spend today what has to be set aside for tomorrow (such as giving old people generous pensions while cutting back on education subsidies for example).

As Singapore's population is ageing rapidly, pressure is mounting on the state to be more generous to older citizens. The Government has explicitly said that government spending has to go up to meet the needs of an ageing population.

But should more of that spending come from past reserves accumulated during that generation's working life? Or do we raise taxes today and leave those reserves for future generations? These are questions on equity that we should be having.

More fundamentally, what kind of social safety net do Singaporeans want for our society?

We have evolved from a minimalist means-tested model, where only the indigent and very desperate get any help, to a system where help is extended beyond the low-income to include the middle-class. From an every-worker- and family-for-itself model, we have introduced risk pooling for healthcare, universal health insurance for all, and life annuities. All socialise risks beyond the individual or family.

All these have raised social spending. Is this level of social security sufficient for our comfort and conscience, or do we aspire for more?

If we want our social safety net extended to give generous pensions, and to cover disabled people and their carers (as many advanced countries do, like America, Australia, and Britain), are we prepared to pay more in taxes?

Singaporeans are often generous and compassionate in words. We want a more caring society. We lament the dearth of resources for the vulnerable, the elderly infirm, the disabled.

But will we put our wallets where our mouths are, and say Yes to higher taxes to fund such programmes?

At the heart of any meaningful talk about tax reform is the social vision that goes with it.

As Singapore moves away from a strictly capitalist winner-takes-all society into a compassionate meritocracy, in the words of Deputy Prime Minister Tharman Shanmugaratnam, our tax system will evolve with it.

Taxes will go up, especially on the higher-income. Mr Tharman in 2015 explained Singapore's approach: tax higher-earners more; the middle-income very lightly while ensuring they get more benefits than they pay in taxes; and the low income who may pay no personal income tax but pay some taxes such as GST, get generous transfers.

Many Singaporeans have asked the $1-trillion question: why raise taxes, when the Government has vast financial reserves?

It is true government coffers are still overflowing.

A few friends told me that I have inadvertently been used as a poster girl for the anti-tax hike camp. An image with a photo of me and a quote from a commentary I wrote three years ago was widely shared on WhatsApp and social media, I was told.

The quote in question said: "If a government has rich state coffers, but its people feel stressed and anxious at every stage of their lives, it cannot be a good government."

In fact, if you read the rest of that article published on Oct 26, 2014, I was arguing for more social spending, and not arguing for less taxes.

The commentary I wrote was headlined: "Gap between ruling elite and masses is biggest political risk for the PAP."

In it, I lamented the habit among PAP leaders and civil service elite of decrying "populism".

"A good government first needs to create the conditions for business to flourish. Then it needs to spend and redistribute the wealth created to maintain harmony and fairness in a society, to enhance citizens' wellbeing. Doing the latter is not being populist.

"Spending money to ensure universal health coverage is not populist - just the responsibility of any decent, humane government that has the wherewithal to do so.

"Helping the jobless and underemployed get back into the job marketplace via wage subsidies and training is not populist - just good old common sense to get people back onto their feet.

"Nor is spending on early childhood education to help poor children do well in school populist - just good investment in these kids' futures.

"If a government has rich state coffers, but its people feel stressed and anxious at every stage of their lives, it cannot be a good government."

That quote was a call to the Government to put its over-flowing coffers to good use. It was not a call to keep taxes low.

If it is time to raise taxes to fund more of such spending, the fiscal conservative in me says: If it's time, it's time.

Sure, we may still have ample reserves. But I don't want to draw down on those unnecessarily, when there are so many of us of productive age still able to pay taxes.

I'd rather keep our reserves for the future, when many of us are older, and when the young generation may need it. As my parents from the Pioneer Generation sacrificed for my generation, I'd like to think my generation can sacrifice for the next - the generation of my niece and nephew, both in their 20s, who are just starting their working life at a time when robots and artificial intelligence may take over jobs and cause mass unemployment in two decades' time.

(This is of course with the caveat that tax changes must not make the system more regressive; and that those who need tax offsets will get them.)

If my taxes today are to help weave a tighter social safety net around the elderly poor so they can have three decent meals a day without having to work 10 hours a day, I'd gladly fork over the money.

Paying higher taxes today to create a more compassionate society, to build solidarity with our fellow citizens, and to secure our children's uncertain future, is a worthwhile cause.