How will Singapore fare, as a majority Chinese society in the region, with a China expected to be more assertive in the future? 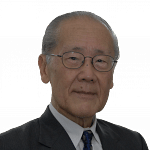 THE United States talks about re-balancing to Asia; the Association of South-east Asian Nations (Asean) wants a strategic balance between China and America. After 50 years, Singapore has maintained, like Asean, that it does not want to have to choose between America and China in the region.

But what of China? What does China want?

As Singapore celebrates its Jubilee Year and looks towards the future, it has to do so with a hard-headed look at its biggest neighbour China. Singapore needs to have a realistic assessment of China's intentions, America's resolve, and the place of Asean and Singapore in the region, in order to chart its course in the geopolitical future world.

Many Chinese leaders feel that their country has been out of kilter for too long and it is time to put it right. It took more than 100 years to regain unity and security, another 50 to attain a measure of prosperity.

When The Straits Times was first published, in 1845, China had just been defeated by British naval power and forced to open up five ports. The Americans were about to take California, just four years before the Gold Rush turned the Pacific into an Anglo-American lake. China suffered rapid decline and played virtually no role in world affairs. Until 1945, its story was largely one of distress and absence.

Since 1949, China has tried to find a safe position, first between two superpowers, Soviet Russia and the United States, and now in relation to just one, the US in the Asia-Pacific. Does China want to become a superpower? If that is the only way to be prosperous and safe, the answer is yes. That, however, is the wrong question.

If China is prosperous and strong, it will be a superpower in Asia. It is not in the region's interest to try to prevent China from being that. But there is no reason to believe that the Chinese will copy the British and the Americans and try to build a superpower based on naval might to maximise their global dominance. This kind of concept is absent from the Chinese heritage.

Zheng He's voyages were an aberration in China's maritime history. The voyages showed capacity but no ambitions to dominate the seas or build maritime empires. The voyages were stopped when they proved that there were no enemies that threatened China from the seas. The imperial court's decision to destroy the navy was an action consistent with China's heritage, not the voyages before that.

China's history thus suggests that it seeks to be a power founded on economic wealth and technological brilliance - the factors which made its civilisation admired for millennia.

In recent times, global power shifted to the US in the 1990s as the unchallenged master of the Atlantic and Indo-Pacific oceans. The economic emergence of Asia has moved the world's focus closer to this region.

China recognises these realities and knows that it needs a better balance between its continental commitments and its maritime opportunities. At the same time, it has to re-calculate the costs and benefits of greater participation in a wider range of global affairs. Not least, it needs balanced relationships in its immediate neighbourhood. China's key problem is how to convince its neighbours that it has no intention to move from being assertive to being aggressive. It does not seek to replace American with Chinese dominance. Its national interest lies in creating an environment in which China will not be feared as a superpower but respected for its wealth and creativity, necessary conditions for a modern civilisation.

BALANCING relations with smaller neighbours requires a change of mindset among all concerned.

Early South-east Asian states dealt with imperial China for some 2,000 years. As new nations now, they are witness to a weak China restoring its position as a regional power. They are also learning to act regionally as Asean and to identify common concerns.

The needs and hopes of China and Asean should be dealt with in a package to achieve outcomes that are balanced and sustainable. This requires close attention to details of contested issues in order to guard against any single issue like that of the South China Sea disrupting the whole relationship.

Matters concerning territorial disputes are difficult to resolve. China and Asean have to exercise great skill in avoiding conflict and enabling negotiations to take place without rancour.

China is aware that Asean leaders have continually to devise original and ingenious ways to build consensus and extend influence beyond its shores.

China, in turn, has offered several plans to help the region. Ever since then Premier Zhu Rongji signed the Framework Agreement on China-Asean Economic Cooperation in 2002, there has been special attention given to Asean.

The setting up of the Asian Infrastructure Investment Bank and President Xi Jinping's two Silk Roads strategy are the most recent manifestation of long-term commitments. They are meant to offset political anxieties by offering clear economic opportunities. The world is watching how China implements the promise behind those policies.

As China's power and influence increase, questions will be asked about a historical phenomenon peculiar to South-east Asia. The region is home to large numbers of Chinese and people of Chinese descent. These Chinese are well known to have a strong sense of ethnic identity. Singapore - where three-quarters of the population are ethnic Chinese - is a case in point. China will have a keen interest in how the city-state develops and the way it conducts itself in the region.

KEY events in the relationship between China and Singapore are striking. On the day Singapore became a new nation in 1965, China was on the eve of a deadly power struggle between Mao Zedong and his colleagues in its ruling party.

A few weeks later, its sister party, the Parti Kommunis Indonesia (PKI), was destroyed after an abortive coup. Hundreds of thousands of Chinese were killed or shipped to China. That saw the end of diplomatic relations between Indonesia and China for 25 years.

The Great Proletarian Cultural Revolution followed shortly in China, and the turmoil it brought to the Chinese people undermined any illusions anybody still had about learning from China.

There were other changes that could not have been predicted.

Within a decade, the People's Action Party in Singapore became all-powerful, China welcomed US President Richard Nixon, and Mr Lee Kuan Yew went to see Mao Zedong. Events moved quickly after that. Deng Xiaoping came to Singapore and China went further than anyone expected to open itself to the capitalist economies. Singapore's trade with China grew apace. The global Cold War swiftly ended with communism seen by all to have failed.

This was a spur to something South-east Asia had not seen for several decades: A turning towards China. Many entrepreneurs of Chinese origin in the region became interested in China again.

Alert to its neighbours' sensitivities concerning the country's demography, Singapore monitored its business with China with great care. Its leaders established special projects in China to benefit both countries.

At the same time, Singapore remained true to the historic norms that connected it to the economic and security chains of the Western world. Even as it sought to be more active in China, it paid close attention to how the US and European Union responded to China's needs. Nevertheless, China appeared to understand Singapore's constraints and appreciated its many initiatives. After 2000, the pace quickened dramatically as the Chinese economy advanced.

With its Chinese majority, the global city of Singapore is a focus of attention, not least among its Asean fellow members. They are keen to know how its Chinese population will react to the growing confidence of China. What happens in Singapore could shape the response of others of Chinese descent in the region.

But what is yet uncertain is how much of this Singapore identity will remain recognisably "Chinese" and how China will see it.

But the question of how "Chinese" a society and its values are, is also moot.

When Chinese societies modernise, they are pulled in directions different from what was once thought quintessentially Chinese. Yet, modern Chinese communities may also paradoxically become more alike in lifestyles, career goals and even thought processes, no matter where they live.

THIS leads to three questions that could put Singapore at the centre of future discussions on this issue. The first is what happens to the majority Chinese population of Singapore in a region with some 30 million South-east Asian citizens of Chinese descent.

If they cohere with other communities as Singaporeans, the region would be relieved while China might be disappointed.

But these Chinese could also be divided in their attitudes towards China as a superpower.

Singapore's neighbours may expect its leaders to force its Chinese population to conform to the pluralism the country stands for, and not tolerate the political and cultural strains that affinity to China might produce.

The second is what happens when local nationalists in another South-east Asian state turn against China because of a bilateral dispute. As long as this does not directly affect Singapore, it may be able to calm both sides through Asean channels.

But should the nationalists in the state attack their own citizens of Chinese descent, Singapore may need to be active in keeping regional relations stable so China will not be pressured, as it was in 1998, by Chinese communities overseas to intercede with Indonesia. Singapore would also have to prepare its own Chinese community to understand what it does.

The third concerns any conflict involving China and a non-Asean power. None would alarm Singapore more than one with the US on whose commitment in the Asia-Pacific region the state has pinned great hopes.

Some segments of Singapore's Chinese population may sympathise with China. If that happens, Singapore would have to make extra efforts to demonstrate its national coherence. At worst, it may have to join with others to determine the rights and the wrongs of the conflict and openly take sides.

In all three, Singapore's capacities will be sorely tested. The consolation is that after 50 years of nation building, it should be more ready to deal with an active China. Asean has done remarkably well in building institutional networks to minimise discord - but there is no alternative to the region seeking a sustainable balance in future superpower relationships.

As for China, it can be a beneficial influence, most of all among those of Chinese descent, when it succeeds in building the modern civilisation it can be proud of.

The writer is a renowned historian of Chinese nationalism and the overseas Chinese. Born in Indonesia, raised in Malaysia and educated in China, Malaya and London, he has taught in Australia, Hong Kong, Malaysia and Singapore. He is now the chairman of the East Asian Institute and university professor at the National University of Singapore.