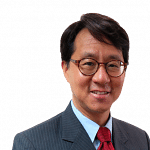 WHEN Indonesia last November indicated it would join a new China- led alternative to the World Bank, Asean's largest nation and economy joined the rest of South-east Asia in making resoundingly clear that pragmatism trumps politics when it comes to financing the region's infrastructure.

For all of South-east Asia, little was to be gained by supporting the Obama administration's poorly conceived and executed opposition to the new Asian Infrastructure Investment Bank (AIIB).

The recently announced final tally of founding AIIB members included well over a quarter of the world's nations, including 16 of the world's 20 largest economies. The notable exceptions are the United States, Japan, Mexico and Canada. This may well change as face-saving ways are found for the holdouts to join over time.

The Asian Development Bank (ADB), on whose board of directors I once sat, estimates that Asia faces a US$8 trillion (S$10.8 trillion) infrastructure financing gap over the next decade.

The AIIB could help fill this gap while also providing a multilateral veneer and funds to realise Beijing's vision of a "new Silk Road" and "new maritime Silk Road". These major infrastructure initiatives would better connect China to markets and resources in and outside of Asia, and procurement contracts might well be awarded to low-cost, Chinese state-owned enterprises - thus, the suspicions about China's ultimate intent.

Yet, clearly all of Asia's developing nations will benefit from access to added financing for ports, railways, bridges, airports and roads as well as to replace ageing infrastructure.

With the initial membership debate now over, here is how the nations of South-east Asia, as founding shareholders, can help shape the AIIB even as they seek to benefit from the Asian addition to the global financial architecture.

First, focus on the people. This should include insisting on the hiring and promotion of personnel based on merit, not nationality. Accountability and transparency will be critical. This is especially true if China seeks to name the vast majority of the new bank's staff and leadership.

As AIIB's personnel policies are written, South-east Asia's representatives on the AIIB board of directors will want to learn from, follow and, as appropriate, improve upon what Japan, Europe and the US have wrought elsewhere at other multilateral financial organisations.

During my time on the ADB board of directors, a new standing committee of the board was ultimately created to provide greater oversight of the institution's human resources. This followed protracted discussions with Japan and was partly in response to persistent concerns about less than best human resources practices and shortcomings with regard to the advancement and retention of qualified senior women.

The degree to which the AIIB will find budget for experts in areas ranging from environmental impact and resettlement - typically major issues on large-scale infrastructure projects - to world- class human resources and an office for an ombudsman will speak immensely to the new bank's seriousness about addressing issues that go beyond lending levels.

Accountability mechanisms for all of the new institution's staff also will need to be strong and effective. Transparency starts at the top, and that includes for preventing corruption and avoiding conflicts of interest.

Second, focus on results. The leadership of the AIIB will work to avoid overly bureaucratic systems that have at times stalled projects at the ADB and World Bank, including in South-east Asia. They will also want to learn from the range of less-than-successful projects financed by other international financial institutions. That is understandable.

Here, though, South-east Asia's representatives at the AIIB will need to balance their desire for "more money, faster" with concerns about impacted people and communities.

Metrics, such as how many, how large and how quickly disbursed are the new institution's loans, must be complemented by a stringent assessment system of the results of such lending if the citizens of South-east Asia are to support the initiatives of the China-led bank. A truly independent evaluations department that reports to the AIIB Board, not bank management, will also be vital.

An enforceable process to hold borrowers and the AIIB accountable should there be non-compliance with the institution's standards is also important to ensure long-term credibility of the institution.

Third, focus on safeguards. At the ADB, there has been a general commitment that no individual should be made worse off by bank-funded projects. People are compensated if homes or livelihoods are lost, though there is no guarantee that such individuals will be made better off. It is a high and difficult goal for any multilateral lender, even with the best board oversight and management intent. That's one reason for safeguards and periodic policy reviews, which South-east Asia's shareholders should also seek to build into the AIIB.

China may well be seeking to advance an "Asian way" in this newest of multilateral lenders. For the people of South-east Asia who might well benefit from - or be harmed by - major infrastructure projects financed by the AIIB, the need remains. According to the ADB, the 10 nations of Asean alone need some US$100 billion in annual infrastructure investment.

But so too remains the challenge. Whether on the boards of the World Bank, ADB or the AIIB, South-east Asia's representatives should also fight to ensure a balance is found: building infrastructure and growing economies while also respecting individuals and their businesses and communities.

The writer, a former US ambassador to the Asian Development Bank, is managing director of advisory firm RiverPeak Group, LLC.