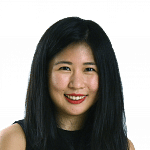 SINGAPORE - On Good Friday last month, 3D animator Hong Yeu Wing, 29, worked until 6pm before his mother reminded him it was a public holiday.

"I had stopped looking at the calendar and only kept track of what I needed to do the next day," says Mr Hong, who described it as a "facepalm" moment.

Employees in Singapore, many of whom began working from home well before circuit breaker measures kicked in on April 7, say their daily routines have shifted.

Without the need to commute to the office, people wake up later. Work days spill over into dinnertime and nights.

Some turn nocturnal, preferring the quiet time of the wee hours to think. And with less to occupy them on weekends, work creeps in to fill the space.

Global power market data reflects these habits. In New York, electricity use has fallen by up to 18 per cent in the morning. In many parts of Europe, demand continues until 10pm to midnight, at least an hour later than before.

SP Group, which operates the nation's power grid, does not have such breakdowns of power data. But The Sunday Times found similar behavioural patterns among many in Singapore.

Mr Rasheed Abu Bakar, 38, is one of many parents enjoying a longer lie-in.

The director at a public affairs consultancy used to wake up at 6.15am to cycle his elder son, aged six, to primary school.

Now, after rising at daybreak for Ramadan prayers, he returns to bed until 8am when the whole family wakes up. He no longer has to contend with the morning rush.

More On This Topic
Acceleration towards a decentralised CBD as remote working takes hold
Most employees keen to continue working from home after circuit breaker: Survey

But not commuting has its drawbacks.

"The act of leaving the office and taking the train used to help me mentally tune out. Now, there is no urgency to go home because I am already where I need to be," says Mr Rasheed, whose wife, 38, is a manager in the education sector.

It can be difficult to switch off when the chime of new e-mail follows him down the hall. And being out of the office, Mr Rasheed feels the need to be even more plugged in.

"We work in an industry where relationships are important and face-to-face communication is crucial in building them. So I feel like I need to compensate for not being there in person," he says.

The founder of social enterprise Mums @ Work says that before Covid-19, working mothers used to go online from about 9.30pm to 10.30pm, after their children had gone to bed.

Now, however, they are logging on closer to midnight and working till about 1am.

"Mums say they are more tired because they have to monitor their kids in the day and this leaves more work to clear at night," says Mrs Torrey, who is also a member of the Families for Life council.

She adds that in today's economic climate, people may fear for their jobs and put in longer hours to show that they are on top of things.

"The unspoken stress is there, to impress their bosses and minimise the fact that they have to watch over their kids.

"It is mentally draining to have to keep the two separate, like when you are in a video call and worry about a kid popping up in the background," adds the 43-year-old mother of two.

It is not just parents who are burning the midnight oil. Left to their own devices, employees such as Mr Daniel David Chan have adopted a semi-nocturnal routine.

"I prefer to work late and now that we work from home, my natural habits have resurfaced," says Mr Chan, who used to knock off between 6pm and 7pm but now works till about 3am on some days.

The 34-year-old head of product and customer experience at the Ebb and Flow group, a technology-driven food and beverage company, is married with no children. His wife, 29, is a public servant.

WHAT DAY IS IT?

With work spilling over into weekends and public holidays, nearly a third (31 per cent) of workers say they are spending more time working than before, according to a survey by global cyber security company Kaspersky.

Social media strategist Nina Chua, a self-confessed workaholic who used to leave the office at 11pm, now works until midnight on some days.

On top of that, she spends about half a day every other weekend doing work-related research, such as watching webinars or reading background material for client proposals.

"If the circuit breaker was not in place, I would probably be out with friends or doing other things. But now, I take weekends and public holidays as extra time to space out the work" says the 33-year-old, who is single.

More On This Topic
How to make the most of virtual meetings
Back in Singapore, but working across time zones

She adds that it is easy for work to expand and fill her available time.

"Normally, I would limit myself to half an hour to prepare a proposal, but now while doing research, I go down the rabbit hole reading about all kinds of related topics and emerge only 1 ½ hours later," she says.

During work hours, productivity has increased too. Lunch breaks are shorter and employees more focused.

Gone are the days of spontaneous meetings that "break the flow" when one is working intently on something.

"You have to respond to a tap on the shoulder immediately, but you can choose when to reply a message on (business communication platform) Slack," says Mr David Sng, 32, who leads growth and expansion in South-east Asia at a financial tech company.

Virtually every office worker is familiar with the post-lunch food coma. At home, too, work slows in the afternoon. Some recharge with a power nap, play video games or make multiple trips to the fridge.

Others, such as Mr Sng, fit in a run or high-intensity interval training workout with friends over video conferencing app Zoom.

"The norms of when you work and socialise have become very fluid. My company offers a lot of flexibility and I don't think anyone would mind if you worked from 5pm to 9am instead, as long as you get the work done," says Mr Sng, whose wife is a lawyer in her early 30s. The couple have no children.

As people adapt to working from home, they have devised new rituals to help them demarcate boundaries between home and work.

She also intends to start taking hour-long lunch breaks, instead of rushing through her meal in 15 minutes, to give herself a mental break in the middle of the day.

The mother of two children aged four and two instituted "fancy Fridays" about a month ago where the family would dress up and order dinner to herald the weekend.

These dinners give her helper a break from cooking and allow the family to support local F&B outlets.

"We have so much to be grateful for. Our family and relatives are healthy and our needs are taken care of.

"In these times, we should celebrate everything we can," she says.

Her husband, 47, is the chief operating officer of TheEngage, a strategic marketing consultancy.

A recent survey conducted by Engagerocket, an employee engagement and performance software provider, in partnership with the Singapore Human Resources Institute and the Institute for HR Professionals, found that about 90 per cent of employees wish to continue working from home in some capacity after the circuit breaker ends.

Mrs Torrey says: "The fusion of family and work is the future. Telecommuting and remote work had been happening gradually before Covid-19 sped things up.

"Firms and people who thrive under these circumstances are not going to let it go."