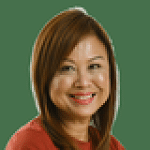 These no-destination jaunts are now capturing the imagination, but the tour agency veteran was a proponent long before the pandemic.

He chartered new Jumbo jets from Singapore Airlines (SIA) and the supersonic Concorde from British Airways for high-altitude joyrides four decades ago for his clients.

He has also flown round-trip on a Qantas plane from Australia to Antarctica, hovering low over the white continent.

And his delight in these air adventures sparked a business proposal. Last month, Mr See, who is managing director and chief executive of ASA Holidays, sent SIA his plan for "flycations" that combine air, sea and land experiences. He is awaiting a response.

The Straits Times reported recently that the carrier is planning to launch a flights-to-nowhere campaign.

In response to queries, Singapore Airlines said several initiatives are being considered, adding: "We will make an announcement at the appropriate time if we go ahead with these plans."

Speaking to The Sunday Times, Mr See - who will mark his sixth decade in travel next year - recounts his flights to nowhere and looks ahead to post-pandemic globetrotting.

Back in 1980, he chartered new Boeing 747 jumbo jets from SIA for several one-hour flights around the island, with teatime treats served by stewardesses. Certificates signed by the captain were presented to each group of 300-plus passengers.

"The flights were full. Many people had never taken a plane in those days," he says.

He priced economy seats at $69. Business-and first-class fares were around $200 and $300. To publicise the no-passport flights, he booked huge advertisements, including in The Straits Times.

The following year, when the national carrier was relocating its planes from Paya Lebar Airport to the new Changi Airport, he chartered a smaller Boeing 727 High Tail aircraft for another spin in the sky.

Economy tickets cost less than $100 for the one-hour ride over the South China Sea, again with tea-time treats and a certificate. The narrow-body airliner had a capacity of about 100.

"This was the one and only domestic flight in Singapore," he quips.

Singapore Airlines is in a very messy situation. It needs business. Otherwise, its aircraft are staying in the desert and its pilots are not flying... It's a new way of travel. Have you flown to nowhere? Why not try one time?

MR ALBERT SEE, who is mindful of critics warning about the environmental impact of flights to nowhere, but thinks the survival of Singapore's flagship carrier may outweigh concerns about carbon emissions

In a trip he calls "historic", the plane took off and landed in two different airports in the Republic.

In 1981, too, Mr See chartered a Concorde that flew at twice the speed of sound over the Atlantic. The two-hour flight from London's Heathrow Airport capped a tour of Europe for a hundred clients from Singapore and other parts of South-east Asia.

He says: "The Concorde cruised at Mach 2 at an altitude of more than 50,000 feet. All the passengers enjoyed the blue sky with good food and the hospitality of the captain and hostesses on board."

Again, his clients had the opportunity to experience a slice of history before the revolutionary Concorde was decommissioned in 2003 due to prohibitive expenses.

Mr See's idea for charter flights to nowhere originated in his dreamy 13-hour round trip from Sydney to Antarctica in 1979, on board a Qantas 747 aircraft. The Antarctica charter still operates, though there was a hiatus for some years.

He describes it as "the world's longest flight to nowhere". Looking back, he says: "Everyone had a fantastic time and a great bird's-eye view of the continent."

Last year, he sent a group of clients on the Qantas charter flight. They flew from Melbourne to Antarctica after eight days of sightseeing.

With these joy-flights in mind, he wrote to SIA last month, requesting to charter the double-decker Airbus 380 "before it becomes history" because of high operating costs.

This will be 75 per cent of the passenger load factor for safety and security, he says.

Alternatively, another wide-body aircraft will suffice for his proposed flight of 60 to 70 minutes.

The difference this time is that he wants to package the flight with mix-and-match elements, such as island-hopping in style on a mini-cruise, luxury-coach local excursions, staycations, gourmet dining and shopping deals at Jewel Changi Airport and elsewhere.

Mr See reckons that the price for a one-day package with air, sea and land components can start at $268. The price will vary according to the duration of the "Air-Sea-Land Circle" package or the level of luxury. There may be four cabin categories in a plane, for instance, while a week in a five-star hotel will be a bigger splurge than a basic stay.

He hopes to start the charter from December, if the airline is receptive.

Mindful that critics are warning about the environmental impact or faddishness of flights to nowhere, Mr See has a couple of responses.

For one thing, he thinks the survival of SIA may outweigh concerns about carbon emissions.

"SIA is in a very messy situation. It needs business. Otherwise, its aircraft are staying in the desert and its pilots are not flying," he says.

Moreover, the flights would be one facet of a bigger vacation plan with cruises and land activities, he adds.

"It's a new way of travel. Have you flown to nowhere? Why not try one time? I want Singaporeans to enjoy themselves," says Mr See, who also played a role in founding tour agencies SA Tours and CTC Travel.

With leisure travel still almost impossible - unlike Sars in 2003, when he could still fly to Europe and North America - he figures that stay-home holidays have an appeal for Singaporeans.

It is also a lifeline for the industry until travel to the region resumes, which he anticipates will be next year.

"The Government has reserve funds, but we do not. We have had zero revenue since March. So, we create a new thing," he says, adding that he can sell his packages to other tour operators so the pie is shared.

He says he has spent so many years in the business, weathering crises and savouring success, that he is on even keel now.

In the glory days of the 1980s, he had offices in San Francisco, London, Paris, Sydney, Seoul, all over Malaysia and elsewhere.

It developed China as a desirable destination for clients, with banquets held at the Great Hall of the People in Beijing for 1,500 diners, and designed a Bill Clinton-themed tour that followed in the footsteps of the former United States president, who visited China in 1998.

Mr See's dream then - and now with his flights to nowhere - was to make travel "available to all".

The pandemic is painful, but not insurmountable, he says. "I am not so depressed. The only thing is to find a way to go through the pandemic."

He hopes the pandemic will ease at the beginning of next year. He will then rejuvenate his plans, which include trips to pretty villages in Asia, funny TikTok elements on the booking site and, certainly, charters.

Mr See is now thinking of sending a trade mission to the new Beijing Daxing International Airport - the world's biggest - which opened in September last year. Antarctica, which started him dreaming up charter flights, still beckons as well.

Next year, he wants to send a party on a Qantas Boeing 787 Dreamliner journey that straddles the last day of 2021 and the first day of 2022. "So you spend 'two years' in the air, with cocktails and music on board."

The high-spirited bachelor, who has circumnavigated the globe by air and camped in the Cambodian jungle, cannot wait to travel again.

And then he will continue making friends across borders and generations in natural havens and cities everywhere.

Still cannot believe that 2020 is a no-vacation year? Seek a little solace in "flights to nowhere" or plane-themed cafes and experiences.

Its seven-hour scenic flight across Australia sold out in 10 minutes flat. On Oct 10, domestic tourists will board a Boeing 787 Dreamliner, the aircraft of choice for ultra-long-haul journeys such as the Perth-London route.

Flying in a languorous loop from Sydney, Qantas' Dreamliner, painted with an indigenous livery, will swoop low over the Great Barrier Reef, Uluru and the Gold Coast for aerial views.

Last month, its popular Hello Kitty-themed jet took off from Taoyuan International Airport, which serves Taipei. The Airbus A330 jet circled over the north-east cape and Japan's Ryukyu Islands.

Passengers had free Wi-Fi on board and the in-flight menu included chirashi don by Michelin-star chef Motokazu Nakamura. There was enough time on the three-hour flight for a spot of duty-free shopping.

The 85-minute Dine & Fly flight hovered over the coast of Brunei and landmarks such as the 30km-long Sultan Haji Omar Ali Saifuddien Bridge, the longest in South-east Asia. Nasi lemak and sago gula melaka were on the brunch menu.

Six full-service flights on a narrow-body Airbus A320neo were launched last month and more are in the works.

The 90-minute flight last month on a double-decker Airbus A380, which usually flies to Honolulu, was conceptualised as a "Hawaiian resort experience".

The plane itself, daubed with sea-turtle artwork, flew leisurely over Tokyo.

On the ground, plane-themed cafes and experiences across South-east Asia keep the illusion of flight alive.

Air stewardesses serve in-flight meals on plastic trays in a cafe styled like an aircraft cabin at the Thai Airways headquarters in Bangkok.

Sup on penne carbonara, bak kut teh or Thai-style beef - or pose for selfies with the marooned air crew amid aviation-inspired art.

In a cafe fashioned from a retired Airbus 330 jet in Pattaya, coffee lovers lounge in "first-class" seats. With "boarding passes", they can also tour the cockpit - sans pilot.

At this aviation-themed cafe, strap yourself into a seat before indulging in a burger, baked oysters or waffles. Wait staff are dressed to look like cabin crew. To play passenger, pick up a piece of luggage.

A version of this article appeared in the print edition of The Sunday Times on September 27, 2020, with the headline Flights to nowhere: The man who chartered SIA jets for sky-high joyrides in the 80s. Subscribe