(THE BUSINESS TIMES) Perth's serenity takes a bit of getting used to. Compared to Melbourne and Sydney, the Western Australian city's reputation as a sleepy town precedes it for better or worse.On most days, businesses shut before the sun goes down; and even on weekends, the streets in town are eerily deserted in the evenings.

But the generally slower pace of life  is also what draws many Singaporeans to retire there: that plus the all-year mild climate, crisp air, abundant sunshine, attractive property prices and beautiful white-sand beaches which beckon those with freshly-drawn CPF funds.

Thanks to a mining boom around the turn of the millennium, Perth is slowly awakening from its slumber as it undergoes a facelift to shed its ghost town tag.

Just last week, the A$74m (S$79 million) development of Yagan Square, which is set to be the city's answer to Melbourne's Federation Square - linking the CBD with the nightlife-entertainment district of Northbridge - was announced; while the mixed-use water-front precinct Elizabeth Quay is taking shape fast on the Swan River banks at the city edge. 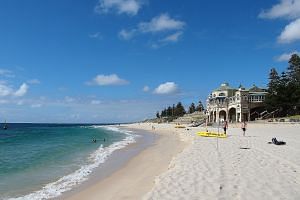 Located right in the heart of the city's commercial and shopping districts on the corner of St Georges Terrace and Barrack Street, it opened in late 2015 after undergoing a A$110m restoration process overseen by Perth boy Kerry Hill and his Singapore-based firm Kerry Hill Architects.

The 48-room urban resort - which occupies a group of previously-unoccupied 140-year-old late Victorian stone and brick buildings that served as a post office, land titles office, and treasury - hasn't gone unnoticed and was voted second best hotel in the world by Conde Nast last year.

With its softly lit hallways and the arrival entrance aptly facing St George's Cathedral, Como The Treasury is a temple of tranquility, complete with generous-sized relaxing accommodation that ooze understated cool from its soothing beige and white palettes.

In the lobby, the all-day neo-bistro Post serves both modern Australian and healthy Como Shambhala cuisine and was recently awarded an Australian Good Food and Travel Guide Chef Hat Award; as evening falls, the suits loosen their ties and file into Petition for craft beers and meals that showcase the best of WA's produce. 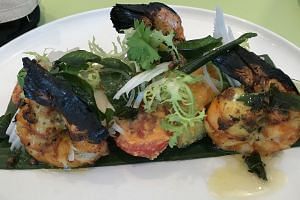 The nightly heaving crowd there is enough to convince us that even though Perth might be one of the world's most isolated cities, it's not sleepiness but sleeplessness that is redefining the West Australian capital.

The writer was a guest of Como The Treasury (1 Cathedral Avenue, Perth, WA6000, Australia). For more information and reservations, check www.comohotels.com/thetreasury or e-mail como.thetreasury@comohotels.com. The property is currently offering the Wildflower Experience package that includes two nights in a Heritage Room, picnic lunch hamper, indigenous heritage tour of Kings Park, five-course tasting menu at Wildflower restaurant with paired wines and valet parking from A$1,950 (based on two guests sharing) until Nov 30 2017.