Have faith - this, too, shall pass

Whether you believe in religion, government, family, career or in healthcare workers or unsung heroes, your faith may help to restore, recharge and reset you in this time of uncertainty 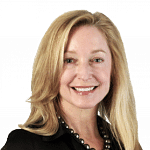 Today marks Easter, arguably the most important celebration of the Christian Church, when believers celebrate the resurrection of Christ.

As a child, I attended weekly church service and Sunday school, played Mary in the Christmas pageant, performed hand-bells with the choir and skied for the first time with my Christian youth group. Church was an integral part of my life.

As improbable as it may seem, I knew no Muslims, Buddhists, Hindus and Sikhs, and only one Jewish family as a youngster in my homogeneous town of 50,000 people, in Rocky Mount, North Carolina, United States.

Ever since I left for university, I have gravitated towards bigger cities, melting pots of opinions, with diverse cultures, languages and religions, making Singapore an obvious choice for me.

This year, especially with the coronavirus, how we practise our faith is a very personal decision. Although we may not gather in churches, mosques, temples or synagogues during this surreal time, I imagine people are turning to religion, spirituality, perhaps even mindfulness, like never before in our lifetimes.

While travelling the globe back at the turn of the millennium, before I became a mother, I learnt first-hand of the world's religions, especially how faith has shaped history, wars, architecture and lifestyles.

I discovered that whether or not we deem religion or spirituality a positive thing, most of us need the reassurance of something bigger than ourselves while facing this crazy, wonderful world, much like a young child requires the support of loving parents. This trust, belief or faith may be in religion, a government, leader, social or political group, one's partner or even plain old passion for tomorrow.

Indeed, faith has carried me through several misfortunes. In my early 20s, I felt lost in a sea of grief when my Grandfather Anderson died. As a youth, I spent summers with my grandparents on their bustling farm. Granddaddy was the kindest soul and I adored him nearly as much as he doted on me. Believing he had gone to a better place post-death was how I found solace.

Then when my husband Jim and I tried to become pregnant, I suffered two miscarriages before carrying Happy, now 16, to term. A belief in the future led me to persevere.

Almost five years later, when Bee, 12, was born via an emergency caesarean section at Gleneagles Hospital, then warded in intensive care, that same faith in family, our future and a higher power sustained me.

Religion and God have filled a void in my own mother's life since I left the US to live in Singapore almost 13 years ago.

Mother has been spiritual for as long as I can remember, but now, she carries her faith on her sleeve, with Christian senior dinners, charitable projects and Bible study groups filling her days. Grateful she feels complete, I often ask her to pray for my family.

When Jim and I travelled the world some 20 years ago, I observed faith displayed in marvellous ways.

In China's Gansu province, after climbing 500 stone steps to reach the revered Taoist Kongtong Shan Monastery, I found monks chanting, praying for rain. Pausing to light incense, I understood my ingrained beliefs embraced since youth needed to be broadened.

As a monk struck a brass gong, I prayed to any and all listening for safety in our travels. When a mist fell, joining my own tears, Jim took my hand. "I love you for that, Paige. The monks pray for rain and you offer them tears."

When we crossed from Pakistan into India, we spent our first night in Amritsar, famed for the Golden Temple, a spiritual centre as important to Sikhs as Mecca is for Muslims. Once inside, we explored the marble promenade circling the gilt-covered temple, smack in the middle of a man-made lake. Worshippers listened while a guru read from the holy book, the Adi Granth, broadcast on screens throughout the complex.

Certainly, one of the most glorious religious moments I have witnessed was during the Kumbh Mela in Allahabad, India. Arriving at the celebration of Hindu heritage, Jim and I joined more than seven million people wading and bathing in the Ganges, led there to cleanse their sins. At sunrise, we watched holy men and bone-thin gurus enter the icy river, then look up to the sky, with prayers bubbling from their lips. A plump middle-aged woman held her nose before dipping below the water's surface, as countless others carried away revered Ganges water in brass cups and plastic bottles. In the sacred river, mothers and daughters washed fabrics, never to be rinsed again.

We visited Myanmar before the violent religious conflicts that have become rife today. At the enormous reclining Buddha at Alantaye Pagoda near Mandalay, our bright yellow car became a magnet for the young novice monks in crimson robes, their bald heads glistening in the noontime sun.

Watching these boys stroke the sleek lines of our car, I wondered just how many would be inspired by their faith to continue this monastic life after this rite of passage.

A few days after the explosions at New York's World Trade Center, Jim and I flew over Colca Canyon in Peru. With my eyes glued to the people below, I envied their haven, their lives tucked away in a gorge 3,400m below earth.

A sliver of me wanted to escape into that unsullied existence, far from the uncertainty and despair sweeping my home nation. For days, consumed with anxiety, I operated on auto-pilot, going through motions, but not truly living.

Similarly, today, we are existing with the world mired in panic and turmoil over the fear and unknowns of the coronavirus. Although we continue daily, these times are radically different, as if we are on pause, waiting for actual life to return.

Yet after witnessing people around the globe, who have endured wars, poverty and disease, leaning on faith to remain largely sanguine, I know we will pull through this pandemic.

Indeed, as everyone tries to decipher how to navigate this unique time, many seek solace and security in something far greater than himself or herself. Our faith, manifesting in religion, government, family, career and in our healthcare workers and unsung heroes, may offer us a shoulder to restore, recharge and reset.

Might we emerge stronger, kinder and with an altered mindset on what is genuinely important?

Admittedly, blind trust will not pay the bills, heal the sick or eradicate this virus. Nonetheless, encouraging individuals to foster belief, to propel them forward to better days as better people, will make all of our journeys richer, perhaps even lighter.

This, too, shall pass. Have faith.

A version of this article appeared in the print edition of The Sunday Times on April 12, 2020, with the headline Have faith - this, too, shall pass. Subscribe