KUALA LUMPUR (THE STAR/ASIA NEWS NETWORK) - Although most are comfortable with their vegetarian diets, there are some facts which are not always commonly known – and most vegetarian media do not even mention them, especially the “raw” or “paleo” diet media.

And it is not the usual stuff about how vegetarian diets are deficient in nutrients which can only be found in meat and fish – many people simply may not know that several highly popular components of a vegetarian diet can actually result in a significant loss of nutrition, primarily by a chemical process called chelation (pronounced “key-lay-shun”).

Chelation prevents nutrients from being absorbed by the body because a chelating agent tightly binds its own molecules with metal ions, rendering the metals insoluble, inert and indigestible.

Not all chelating agents are bad; for example, sodium calcium edetate is used medically to treat lead and mercury poisoning.

A bit of bad news about beans, grains and nuts

The main dietary compound involved with chelation in humans is phosphorous-based phytic acid (also known as myo-inositol hexakisphosphate) – and salts of phytic acid are known as phytates.

Seeds use phytates as energy stores of phosphates to assist in germination and hence phytates are present in various concentrations in all seeds, grains and legumes used for human consumption.

Due to its undoubted ubiquity, chelation by phytates is generally not a major issue for most humans eating food based on plant seeds, though there are some possible exceptions.

By this I mean that there are significant differences in the levels of phytates in food and these levels are very dependent on the way the food has been prepared.

As an example, lentils which are cooked straight from the packet will have high concentrations of phytates whereas lentils soaked overnight before cooking will have much lower levels of phytates. 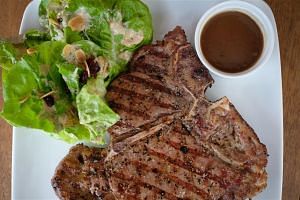 Debunking a few myths about meat-eating and vegetarianism

In short, wherever possible, always make sure that seeds are pre-soaked and on its way to germination before using them – the germination process greatly depletes phytates in seeds. 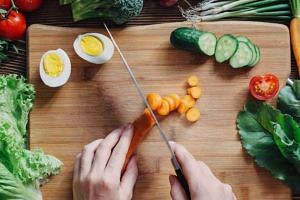 As such, people who need enhanced minerals should not eat excessive amounts of seeds which have not been pre-soaked or germinated – this applies to pregnant women, for example.

The chemical summary is that phytates are plant seed-based complex phosphorous compounds which have six sub-groups which bond fiercely with calcium, iron, manganese and zinc molecules, rendering these important metals insoluble and unavailable for digestion.

These minerals would probably be from foods ingested at the same time as phytates – plants do not tend to have them in large quantities. Minerals bound by phytates are excreted by the body as waste material.

It should be noted that phytates are not destroyed by cooking – and people on raw and paleo diets may inadvertently be depriving themselves of mineral nutrients, simply by eating too many raw beans, seeds and nuts. This may also apply to people eating a lot of wholegrain foods in general, such as wholemeal baked goods, oats, granola, muesli, et cetera.

On the plus side, eating more plants and plant-based foods can increase the amount of dietary fibre, both soluble and insoluble. Fibre may be a significant contribution to the AHS-2 and EPIC-Oxford findings that vegetarian diets generally lead to lower rates of coronary heart disease (CHD).

A review of several studies by the BMJ in 2013 also concluded that the incidence of CHD is inversely related with the consumption of fibre – basically, eating more fibre reduces the likelihood of CHD while eating less fibre increases the chances of CHD.

The amplitude of this inverse correlation varies depending on which research papers are used but the overall relationship remains true across several large scale studies.

While this is good news, we might like to understand why this inverse relationship exists in the first place. Even if everybody has heard about how good fibre is for health, some may still not know the reasons WHY fibre is actually beneficial – and that may be because the two types of fibre work in different ways.

Soluble fibre is termed soluble because it can combine with water to form a gel. A common example is pectin in apples (which is also used to make jams). Soluble fibre appears to help reduce the amount of low-density lipoprotein (LDL) cholesterol circulating in the body by intervening in the intestines before the cholesterol is released into the bloodstream – this intervention is done by soluble fibre binding with cholesterol from digestive bile juices and ingested food and rendering such cholesterol into waste matter.

It should be added that LDL is not necessarily the prime cause of CHD but a stressful lifestyle which introduces arterial wall damage combined with LDL is definitely a significant risk factor for CHD. To understand this better, you may choose to read

Insoluble fibre and the one-eyed Irishman

Insoluble fibre is plant material which is impervious to water, such as cellulose or the bits of vegetables that you find a little stringy in the mouth.

To understand the function of insoluble fibre, we have to delve into the toilet habits of 20th century British sailors and African tribesmen and recount the work of an interesting one-eyed Irishman called Dr Denis Parsons Burkit.

While in Africa between 1966 and 1972, Burkit conducted curious experiments which noted that African tribesmen were producing between 2.5 to 4.5 times more faeces than British sailors on a regular basis.

This study was done initially to support his hypothesis that the health of people (as measured by the number of visits to hospitals) could be predicted by the frequency and quantity of their bowel movements – the less they pooped, the more sick they were likely to be.

His suspicions were also augmented by the introduction of refined flour (a food containing only a fifth of the fibre of unrefined flour) into the diets of British sailors – this helped to make the naval deposits hard and puny compared to the large soft poops from the Africans.

An examination of the diets found that Africans ate much more fibre than British sailors and in general had notably healthier intestines.

Later it was established that much of the Africans’ diet was based on plants high in insoluble fibre. Analysing the ailments suffered by British sailors found that issues common with the sailors such as Irritable Bowel Syndrome (IBS), diverticulosis, haemorrhoids, colorectal cancers, et cetera, were absent from the Africans – and from his observations, Burkit proposed that insoluble fibre plays a significant part in maintaining the health of the human gastrointestinal system.

To this day, nobody has been able to challenge this assertion, though there have been disputes about Burkit’s original hypothesis about the numbers of hospital visits in relation to amounts of poop.

As for reasons why insoluble fibre has this beneficial effect, it may be the human digestive system had evolved to expect and handle the fibre load involved in digesting plant material. The human digestive system functions autonomously (ie. without conscious effort) and gut motility (stretching and contraction in the gut) is affected by the type and content of ingested food.

As such, the reduced amount of insoluble fibre in many modern diets would be alien, might not be tolerated so well intestinally and may therefore be a cause of at least some modern gastrointestinal issues.

Insoluble fibre is also high in plant oligosaccharides and these oligosaccharides are very often retained by the gut as food for intestinal microbiota – therefore insoluble fibre can also promote health of gut bacteria. Intestinal flora is very important for human health; as an example, much of the body’s defences against infection are based on the outputs from such flora. More recent research has indicated that gut microbiota may also be related to moods and mental health – this is a complex subject probably suited by another dedicated review.

There appears to be no upper limit to the amount of insoluble fibre which humans can consume – perhaps 30-50g a day should be adequate for most people. Any more may cause exuberant flatulence and require some people to always remain within a 10 metre range of a toilet facility. Nevertheless, it is quite plausible that insoluble fibre can also play a part in the reduction of gastrointestinal cancers (especially in women) as noted by the AHS-2 study.

At this point, it should be noted that both the AHS-2 and EPIC-Oxford dietary studies can also be regarded as proxies for research in dietary fibre, though they both actually did not initially record dietary fibre content in detail.

Subsequent analysis of both studies found that the US-based AHS-2 subjects ingested much more fibre as well as more antioxidants (as measured by Vitamin C content) than the UK EPIC-Oxford subjects.

Fibre and/or antioxidants may therefore explain the major difference in mortality between vegetarian subjects compared to regular meat-eaters: AHS-2 found a 12 per cent lower mortality rate for US vegetarians. However, EPIC-Oxford detected no significant differences across all categories for the UK, possibly due to the difference in dietary fibre.

Although one can think that “non-meat eaters” are automatically “vegetarians”, it is quite important to understand that the “vegetarians” in both studies included people who ate meat, dairy and/or fish occasionally – they are not studies of vegans or people who fastidiously avoid all non-plant proteins compared to meat-eaters.

If you take this view, then both studies can also be taken as proxy studies into the impact of eating less meat, simply by comparing the regular meat-eaters against the other categories which ate meat and/or dairy or fish only occasionally.

Viewed in this context, the AHS-2 research is particularly interesting as the irregular meat eaters seem to be more protected against early mortality and various diseases, especially CHD. But – why is this mortality pattern not observed in EPIC-Oxford?

An analysis of AHS-2 against EPIC-Oxford of ONLY the general meat eaters might help explain the difference in mortality rates (bearing in mind that correlation does not necessarily mean causation).

One striking difference is that Americans eat around 50 per cent more meat per person compared to the United Kingdom, according to the FAO statistics for 2013.

There are many reasons why Americans eat so much more meat – partly it is a cultural issue, partly it is an economic issue as meat is comparatively cheap there due to generous subsidies (which can make various vegetables more expensive than meat).

Also, the US food industry appears to emphasise the nutritional importance of meat and downplays the fact that meat is not required every day. By this simple (and admittedly crudely inferential) analysis, the joint results do appear to indicate that a reduction in meat consumption does reduce mortality – people who ate around 50 per cent more meat die 12 per cent more often compared to people who ate less meat, even if they are all general meat eaters.

The next part will cover intestinal flora, how human mothers nourish the guts of their babies and why certain dietary issues may be attributed to the wrong sources.